The 2-storey building which houses shops and residential apartments collapsed just after noon on Friday.

Many persons are said to have been trapped in the rubbles of the collapsed building.

It was  gathered that men of the Lagos State Emergency Management Agency (LASEMA) arrived at the scene within fifteen minutes.

The LASEMA officials cordoned off the area swiftly and commenced rescue operations immediately. 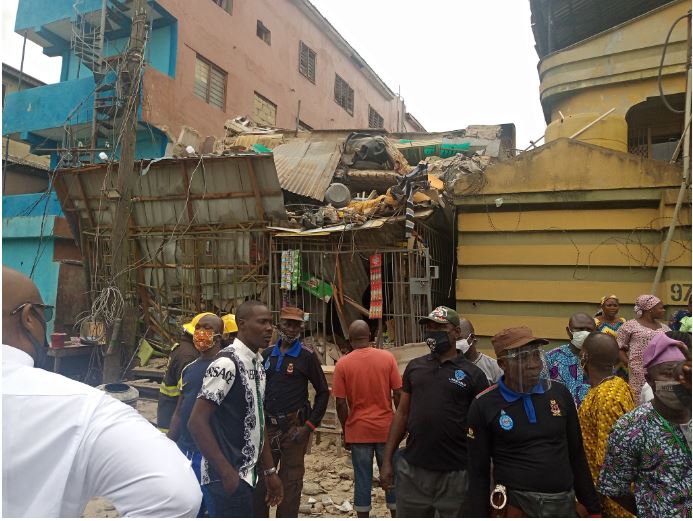 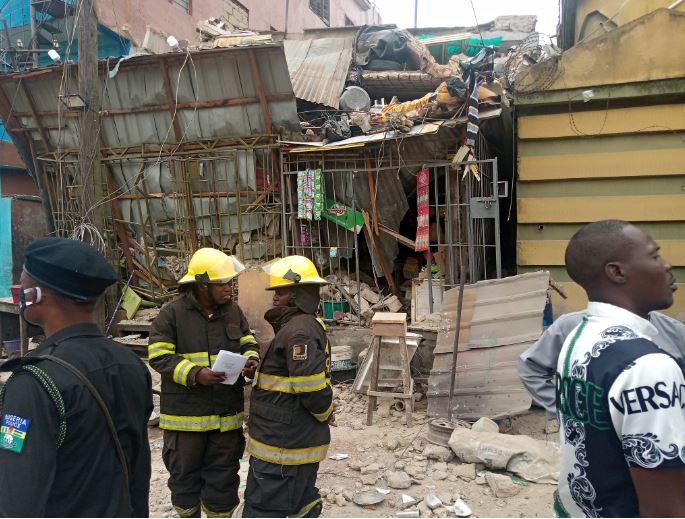 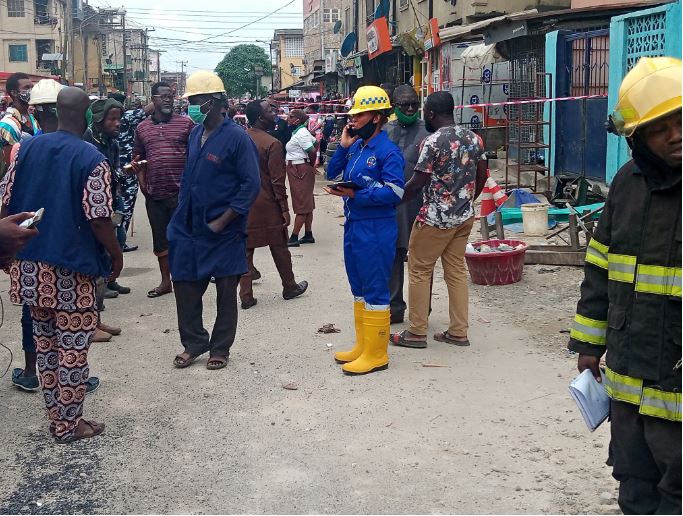 Presently at the scene of the collapsed 3-storey building at cemetery street, ebute metta.

All concerned agencies are on ground and working to ensure the safety of all.
Note : No casualty. pic.twitter.com/zsLIYvpLDf

Lagos has recorded about three cases of building collapse in recent times.

On the 11th of July, three persons died and nine others were injured following a building collapse on Freeman Street, in the Lagos Island area of Lagos State.

Channels Television gathered that the three-story building collapsed in the early hours of Saturday when the occupants were still asleep.

According to him, the remains of the dead victims have been transported to the mortuary, while the nine injured are being administered pre-hospital care by the agency.

Oke-Osanyintolu explained that the victims comprise a child and two adults, adding that the agency is moving the ‘unstable’ structure to ground zero.

This to him is based on the safety and stability of residents of the area and indeed the state.

“We were able to rescue nine people alive and we sympathise with the people that lost their loved ones in there. We recovered three bodies. The three bodies that were rescued have been deposited in the mortuary.

“It is pertinent to note that we have served these people for over three months ago. The building controlling agency was there to serve them. The material testing did the needful in terms of doing the integrity test of this structure and it failed,” he said.

In a similar vein, another building partially collapsed in the Ikotun area of Lagos State, on the same day as the incident in the Lagos Island.

The one-storey building was said to house nine shops and 15 rooms.

Fortunately, there were no lives lost or injuries recorded.

According to the Director-General of the Lagos State Emergency Management Agency (LASEMA), Dr Damilola Oke-Osanyintolu, the building was found to be conspicuously distressed as many cracks were observed on the walls, pillars, and decking.

He said all the occupants were evacuated while the building was cordoned off.