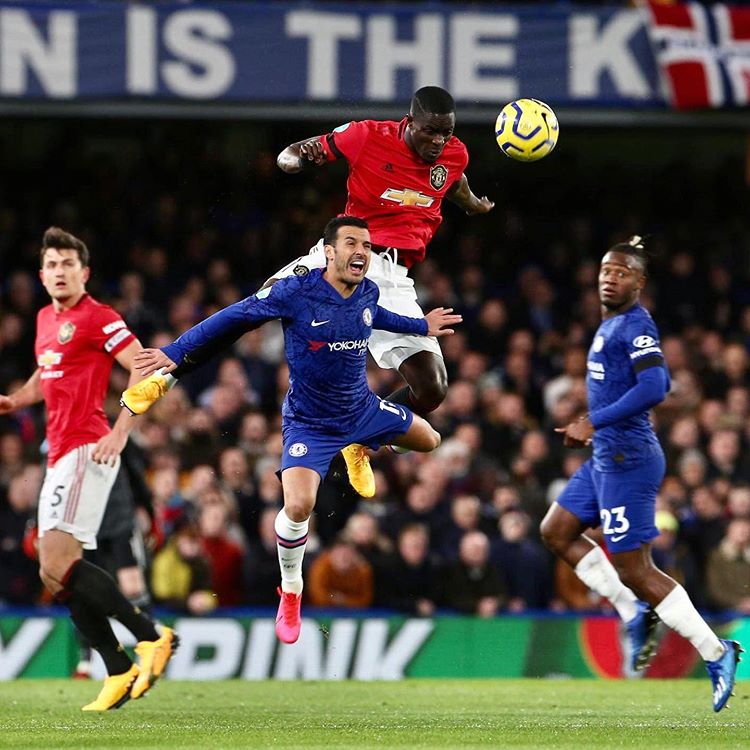 In a high tempo, if often scrappy game, Ole Gunnar Solskjaer’s Manchester United side made the most of their chances.

But Chelsea, whose form at home has been suspect all season, squandered a string of opportunities.

A fine glancing header from Anthony Martial just before half-time from an Aaron Wan-Bissaka cross put the visitors ahead.

Chelsea had two goals ruled out by the Video Assistant Referee (VAR).

Kurt Zouma scored from a corner kick in the 54th minute but there was a push in the area.

Substitute striker Olivier Giroud’s headed effort in the 77th minute was cancelled when he was adjudged marginally offside.

The loss left Chelsea fourth, a point clear of resurgent rivals Tottenham Hotspur led by their ex-coach Jose Mourinho and who they host on Saturday.