A good samaritan narrated his experience of saving a petty stock trader… According to him, a banana seller was lifeless besides her goods and people were passing her by.

He took her to the hospital and he used his last money to ensure she got adequate treatment.

Read his narrative below;

I went to get something for my daughter of 4 at the market yesterday in Ikotun. I noticed a woman selling bananas had collapsed. Nobody went near her. They just stood and looked. I went near her and noticed her eyes wear lifeless.Her temperature was high. I had to quickly rush

ALSO READ:   Lady accused of killing her neighbor, forced to swear with her corpse in Abia State (video)

Her to the hospital. Doctor says she was very sick and had to be admitted. I paid the deposit with the little on me and left her. Will be going back to check her today. I and my daughter drank Garri to sleep but I am happy knowing I helped a soul.

See screenshot below and photos afterwards; 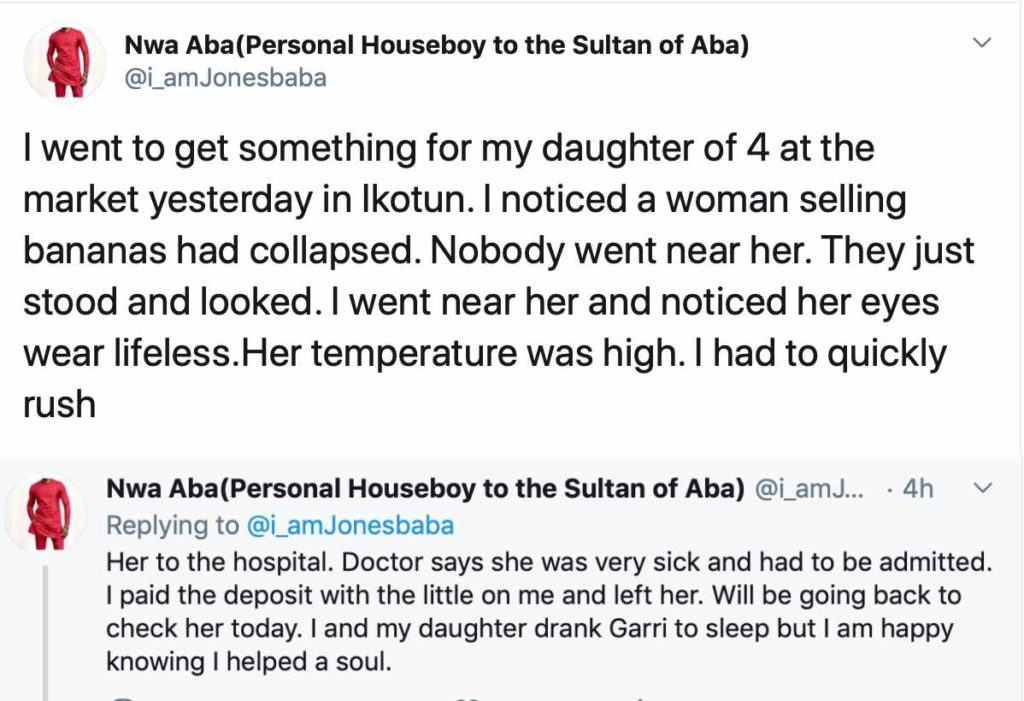 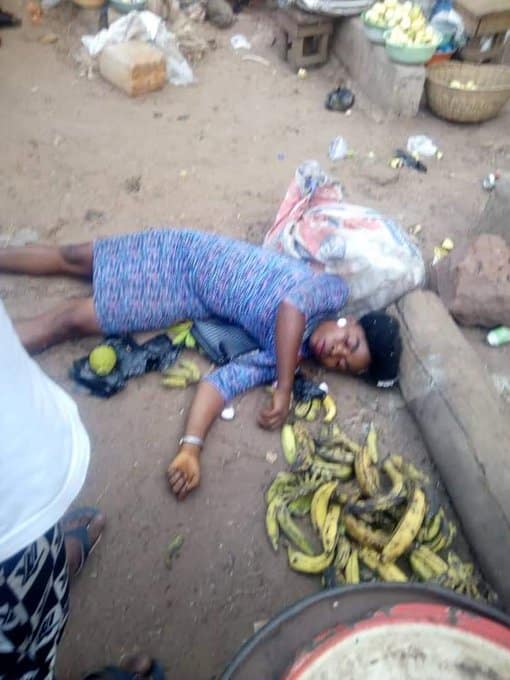 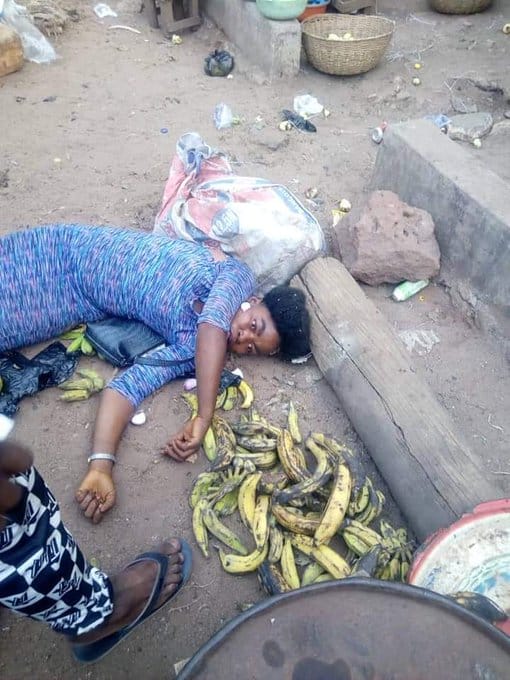 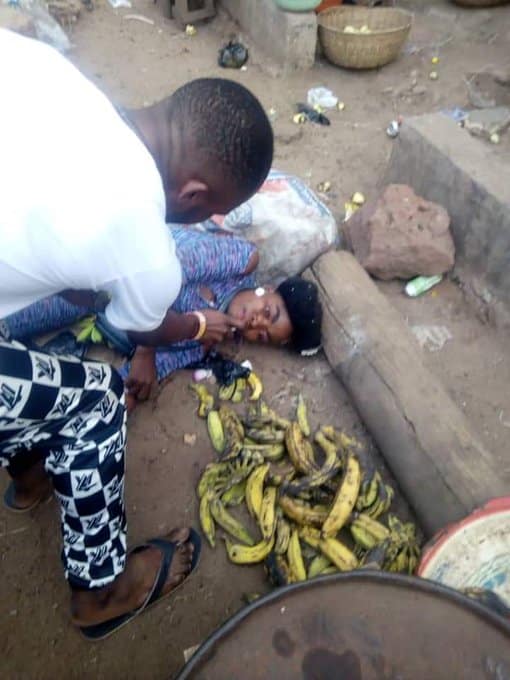 Lady who married after three months of knowing him, shares her experience as they divorce