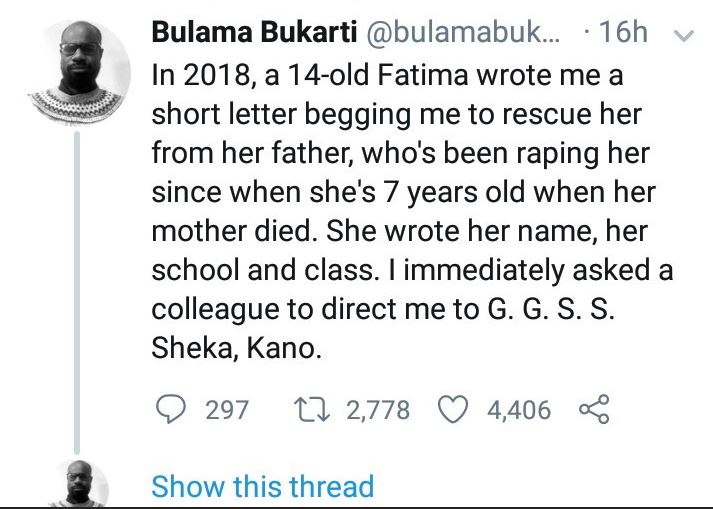 Bulama Bakarti, a Boko Haram expert and conflict analyst, has revealed that he got a former primary school teacher jailed after the man’s daughter wrote him a letter, begging him to save her from her father who rapes her.

ALSO READ : NPower Monitors To Get Payment In 72 Hours

Bakarti revealed that the girl’s mother died and the father remarried. However, he looked for every opportunity to send his new wife out of the house so that he could be left alone with his daughter.

He began raping his daughter from age 7 to age 14 when the girl opened up to a neighbour who then told her to write a letter and the letter was sent to Bakarti.

The human rights activist said the girl begged that she doesn’t want her father jailed. She said she only wants to be taken away from him and his new wife, who had started maltreating her after she discovered that her husband had an unholy interest in his daughter.

Bakarti wrote: “I contacted Hajiya Hussain the Kano State Chair of FIDA. She wasn’t in town so she linked me up with another Hajiya who kindly offered to help us and accommodate the victim. I reported to the Police Area Command at Bank Road Kano (former MTD), who immediately swung into action.”

The man was eventually jailed while the girl was placed in the custody of someone else. 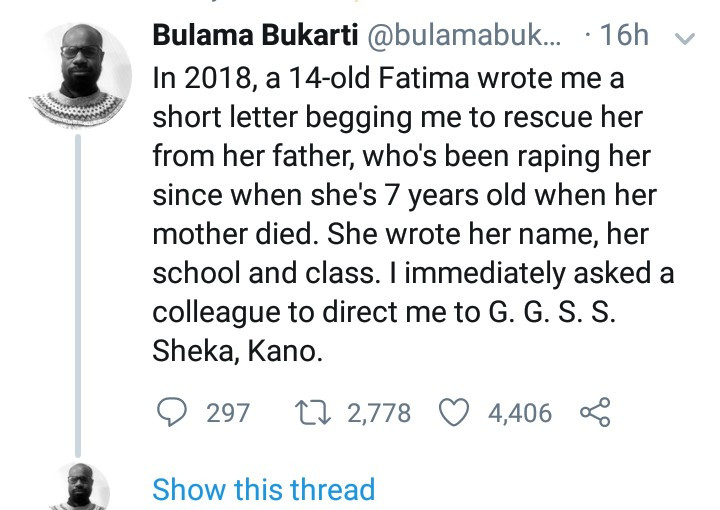 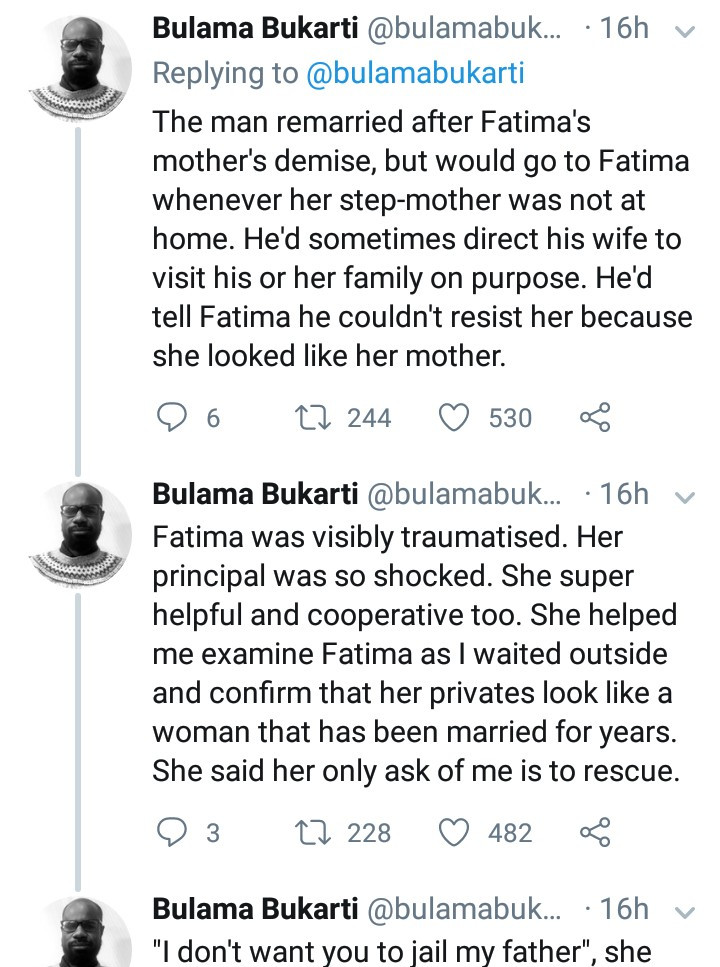 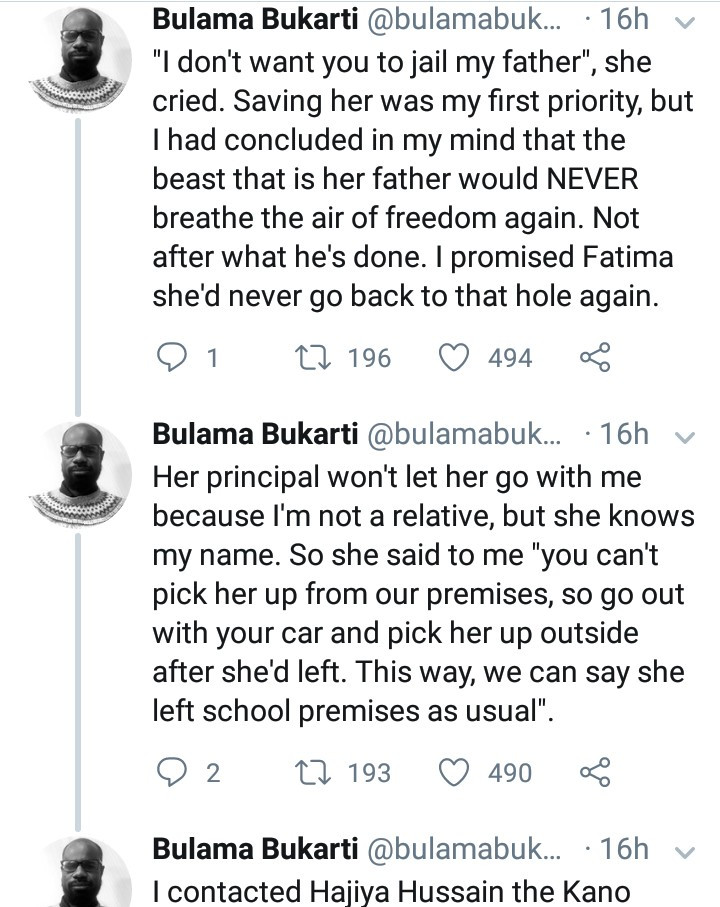 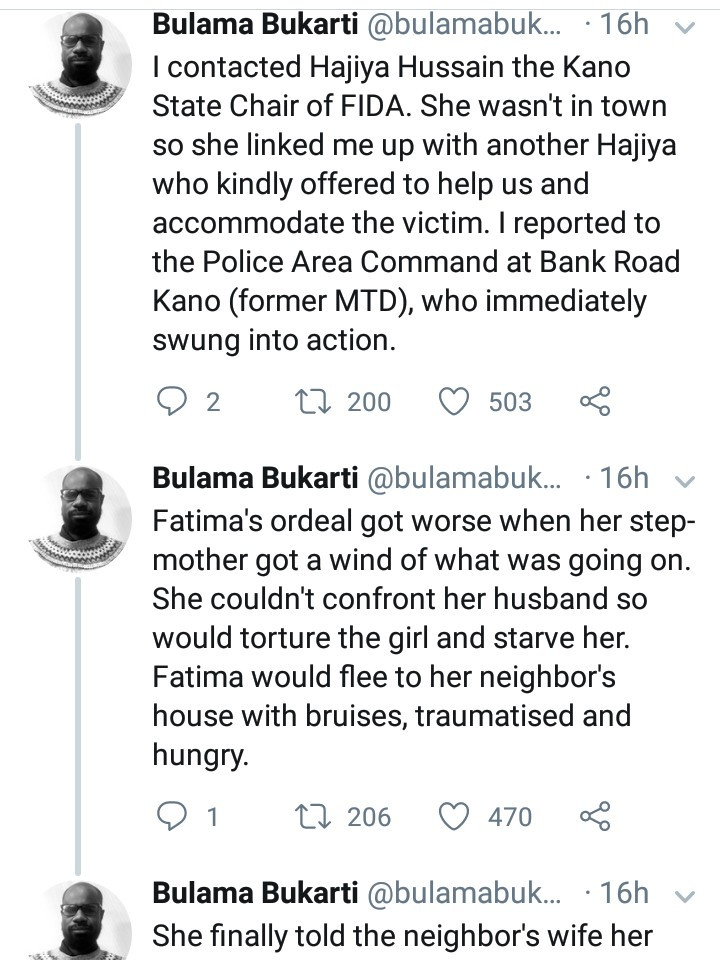 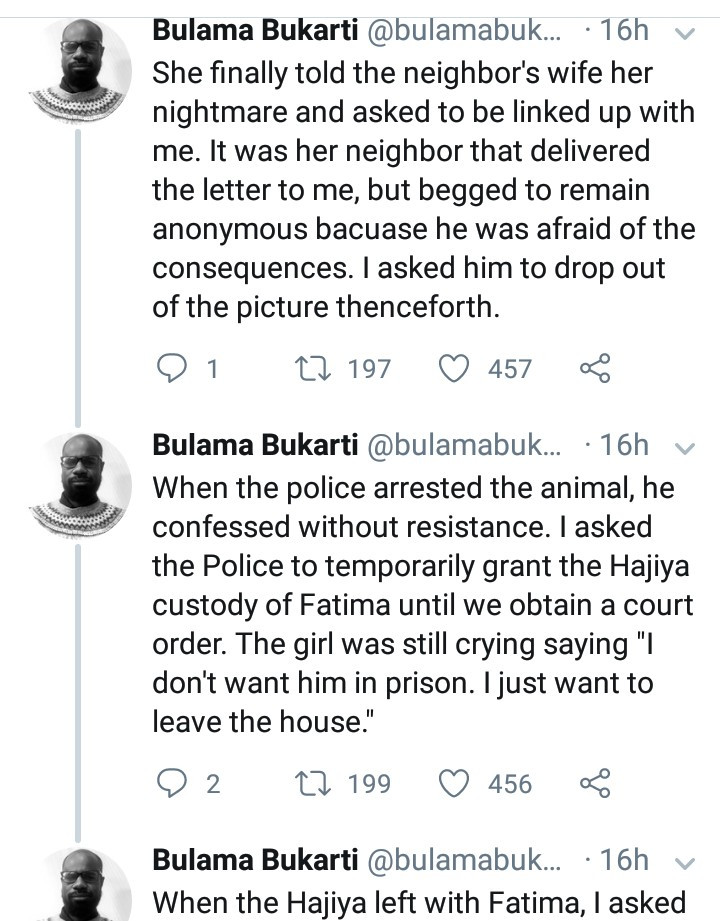 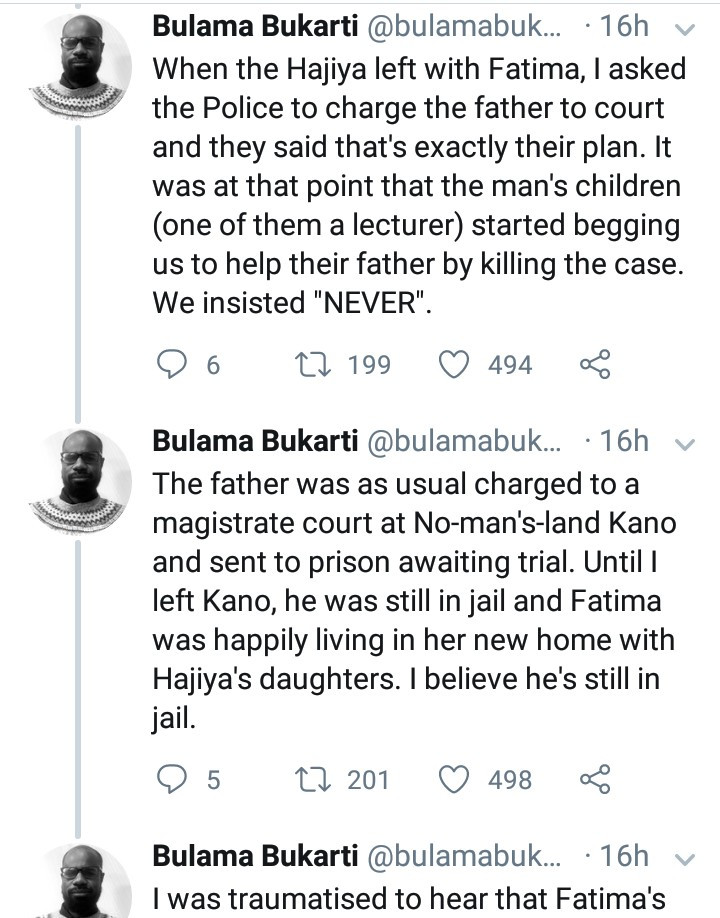 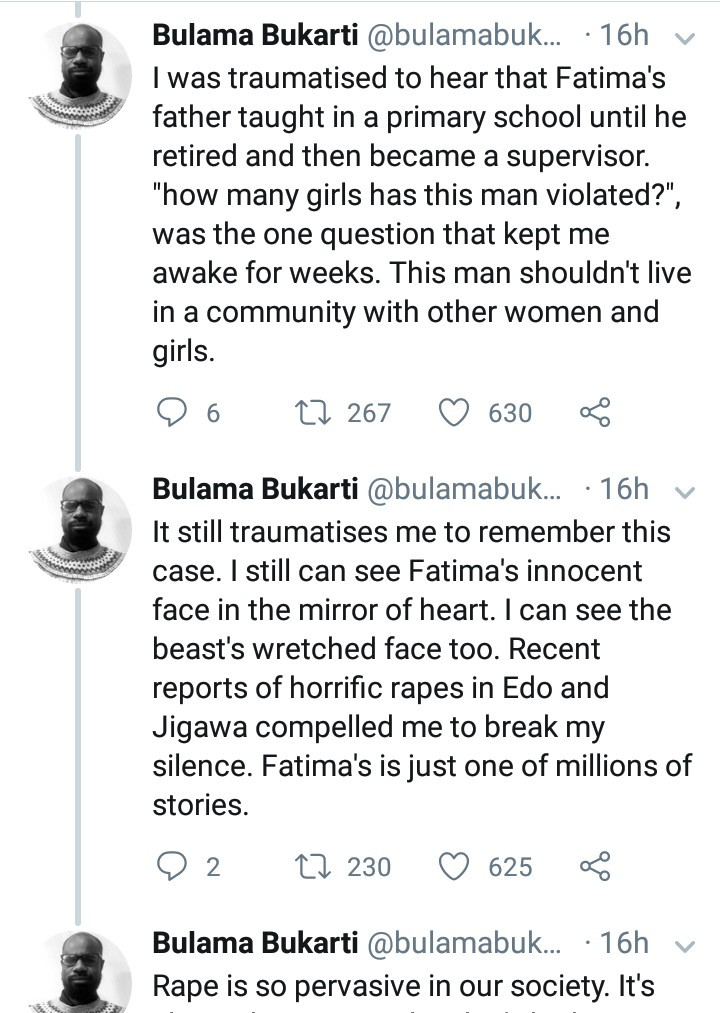 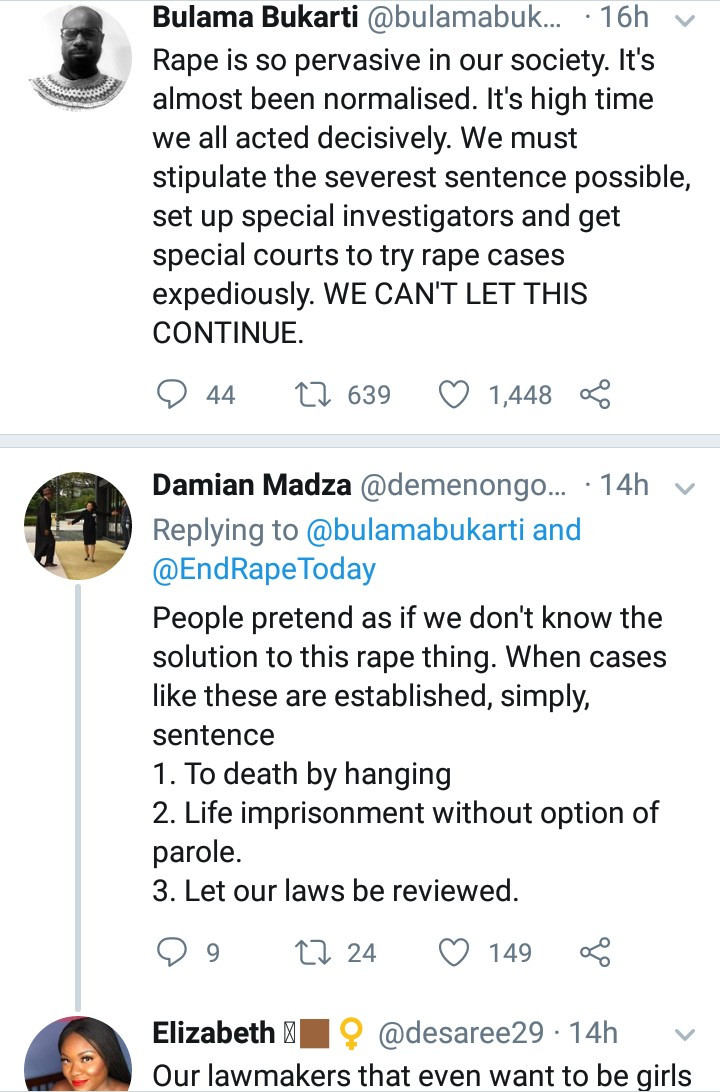