Ejes Gist Newspaper
Home Latest News from Nigeria Today Man Narrates How He Escaped Death In Benue Communal Clash (Photos)
Facebook
Twitter
Pinterest
WhatsApp
Linkedin
Telegram
Email
Print
ReddIt
Mix
According to Mr Akange, he was travelling when he got caught in the middle of the crisis which erupted on Saturday, May 15. 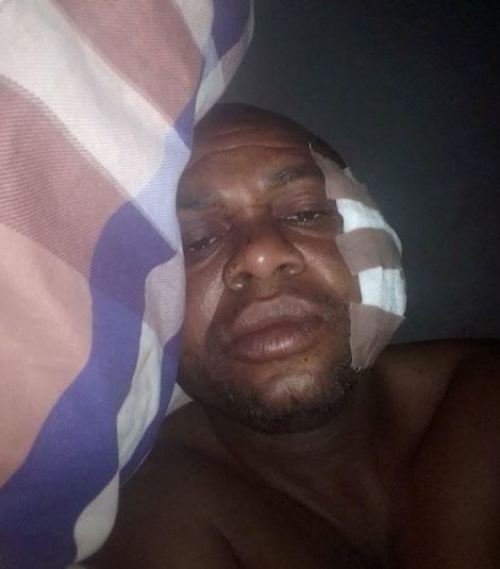 A man identified as Akange John took to Facebook to narrate how he escaped death during a communal clash in Gwer East Local Government Area of Benue state.

It was gathered that two people were killed and many houses razed in the renewed clash between Tse-Nor family of Mbakume in Shough council ward and Mbakough in Mbasombo council ward.

According to Mr Akange, he was travelling when he got caught in the middle of the crisis which erupted on Saturday, May 15.

“Oh God be the glory, all the people in the vehicle with me thought I will not make it, I thought I will give up in the theater, for God alone spared my life. I couldn’t sleep through out the night, sounds of gunshot or bottle, stone kept ringing in my head through out the night. A stranger and an innocent man were left in a pool of blood on a high way in a renewed crises between mbakough And Tse nor.”  he wrote.

Confirming the clash on Monday, May 17, spokesperson of the State Police Command, DSP Catherine Anene, said that the crisis was a protracted one which the command had previously waded in.

“There are meetings going on, their issue needs a round table talk, the people need to sit down and talk aboit it because it is a lingering one,” she stated.

“There was a time the command talked to them and they even signed some things. What caused the renewed crisis is what the command needs to understand but as of now two persons were killed but I dont have the record of houses burnt.” she added. 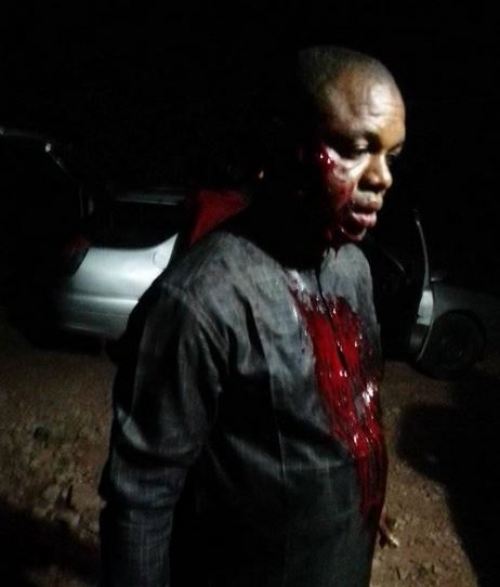 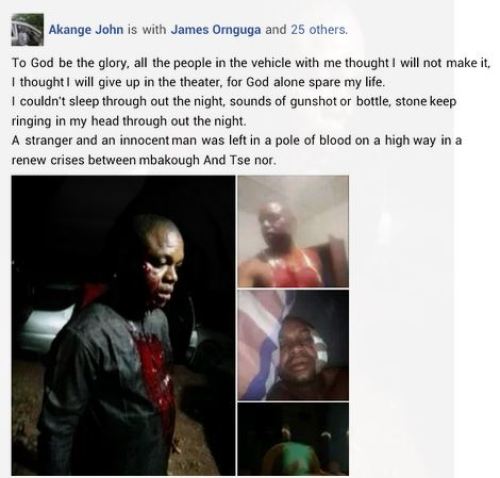