A stunning turnaround from Chelsea, who keep City waiting for the title.

Surely the winner for Chelsea!

Great work by Werner on the right of the box as Werner makes space and cuts back – Alonso mishits it, but it’s high enough to find the net!. 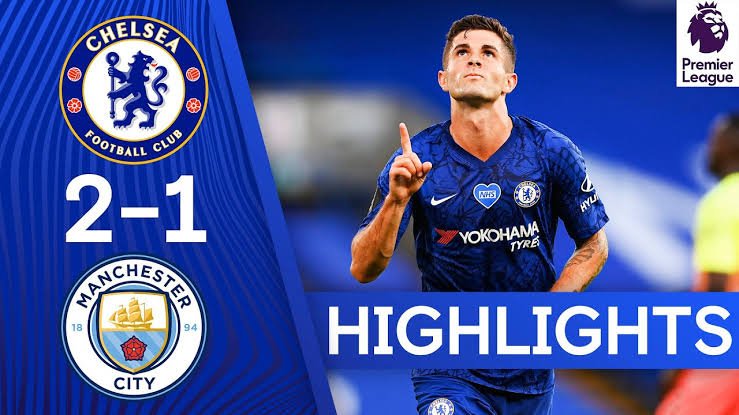 Chelsea are going for the win here – they know any dropped points, even against the champions-elect, are bad news as the top four race heats up.

Hudson-Odoi bursts through on the right, but can only pick out Ederson with a low cross.

89 mins: Jesus is booked with what can best be described as a ‘striker’s challenge’, blocking Pulisic with a high sliding tackle.

James Robson at the Etihad

The City bench is going crazy after that penalty being waved away.

Chelsea have a chance to win it at the other end as Alonso breaks through two attempted clearances – he tries to chip Ederson, but puts it wide.

Had he taken a touch, Werner would’ve had an open goal!

Well well well – Sterling goes down under a challenge from Zouma after appearing to get away in the City penalty area.

It’s clumsy – but the referee says no penalty.

85 mins: Great chance for City to snatch a winner as Gundogan flashes a cross to the near post, but Foden doesn’t get enough on it as the ball flies wide of the far post.

Gov Seyi Makinde under fire for ‘joining protest against Buhari’