Ejes Gist Media Nigeria reports that a video showing the compilation of what so tagged “failed 2020 prophecies” by popular Nigerian pastors and other pastors in Africa for the year 2020 has emerged.

Ejes Gist Media can Authoritatively say that  Nigerian pastors release prophecies of what they foresee will happen the next year every 31st December.  Last year December 31st 2019 was not an exception as different popular Nigerian pastor released 2020 prophecies.

ALSO READ : “An ex-President Will Die And His Death Will Shake Many” – Man Of God Releases Damning 2021 Prophecy

However, this year, being a year that has been ravaged by coronavirus (COVID-19) pandemic, many have tagged the prophecies released by these “men of God” as “fake” or otherwise “failed 2020 prophecies”.

According to the Central Intelligence Agency World Factbook, Nigeria is one of the most religious countries of the world. A 2018 research by the Pew Research Center found that Nigeria had the sixth-largest Christian population (87 million) and the fifth-largest Muslim population (90 million) in the world.

The prophecies are customarily focused on politics, economy, natural disasters and general optimistic predictions about church members’ futures. However, while some of the prophecies they make are fulfilled, many others missed the mark.

For instance, 2020 came with a lot of uncertainty, ailments, deaths, job losses and hardship for many people worldwide, no thanks to the outbreak of the coronavirus pandemic. Its impact so shocked the world that even clerics did not see it coming.

On his part, the General Overseer of the Redeemed Christian Church of God (RCCG), Pastor Enoch Adeboye, said earthquakes and volcanoes had been dormant in his 2020 prophecies for years would activate.

He said, “This year (2020) unless you pray very hard, it is going to behave like a child that is having a convulsion. Earthquakes and volcanoes that have been dormant for years will erupt because of sin, which is becoming more rampant.”

However, a report in the Volcano Discovery for 2020 confirmed fewer earthquakes with higher magnitudes recorded over previous years.

The United States Geological Survey (USGS) Earthquake Hazard Program on its website recorded only about 26 earthquakes with magnitudes of 6.5 and above, with a total of over 100 earthquake occurrences worldwide. It was also gathered that 2020 was the first year since 2016, with no magnitude 8+ earthquakes as only nine major earthquakes occurred. Also, Adeboye said 2020 would be a year of series of joy, but many Nigerians have described the year as one of the most sorrowful ones they have ever witnessed.

Founder of the Synagogue, Church Of All Nations (SCOAN), was slammed in several quarters after his prophecy that the coronavirus pandemic would end on March 27, 2020, was not fulfilled.

Months after, the killer virus has continued to affect several countries with a second wave of the novel disease currently making the headlines.

Founder of LoveWorld Incorporated, popularly known as Christ Embassy, Chris Oyakhilome, earlier predicted that 2020 would be a year of perfection. But the year has been far from being perfect. Barely three months into the year, Oyakhilome himself shared theories about an alleged connection between 5G network and COVID-19.

The Presiding Bishop of Living Faith Church, David Oyedepo, predicted that 2020 would be a year of breaking limits. This, however, was in sharp contrast to the realities that characterised the year.

Earlier in the year, founder of Deeper Life Bible Church, Williams Kumuyi, told his congregation that 2020 would be the best year they had ever lived.

“This year will be the best you have ever lived in your life,” Kumuyi said. But the year has unarguably been a tough year laced with several challenges.

Similarly, the General Overseer of Omega Fire Ministries International, Johnson Suleman, had said earlier in his new year declaration: “In the year 2020, you shall not lack money, you shall move from glory to glory, from grace to grace, from good to better, from better to best.”

Members of his congregation could attest to the fact that in 2020, there was widespread hardship as the economy struggled due to the coronavirus pandemic.

The presiding Bishop of Divine Seed of God Chapel Ministry, Ibadan, Oyo State, Wale Olagunju, also disclosed that the Kaduna State Governor, Nasir El-Rufai; his Ekiti State counterpart, Kayode Fayemi, and about 70 per cent of the members of the All Progressives Congress, APC, might dump the party. This is yet to be fulfilled even as the year comes to an end.

Olagunju also said the Queen of England should count her days, suggesting her last moments were near. Elizabeth II, however, reportedly celebrated the last Christmas with her family at their royal home, Windsor Castle in London.

He added, “As revealed to me by the Almighty God, if (Ayo) Fayose and his PDP (Peoples Democratic Party) fail to reconcile with Senator (Abiodun) Olujimi now, Olujimi will surely decamp to APC (All Progressives Congress).” Though there were reports that the senator representing Ekiti South Constituency threatened to defect to the APC, her media aide, Atofarati Santa, said Olujimi was still the PDP leader in the state and the highest-ranking political office holder and had nothing to do with the APC.

The prophet missed the mark when he said God revealed to him that, should Governor Godwin Obaseki of Edo State defect to another party, he would lose the 2020 election.

Obaseki defected from the APC to the PDP in June 2020 and emerged victorious in the state governorship election.

He added, “The Living God says that President Donald Trump is a candidate to beat in the USA 2020 presidential election. With a little prayer, Donald Trump will win the election.”

At the heat of the US election, the spiritual adviser to Trump, Paula White, called on “angelic reinforcement” from the continents of Africa and South America to give Trump victory. At the moment, Joe Biden remains the president-elect of the United States of America.

The leader of the Enlightened Christian Gathering (ECG) church, South Africa, Huxley Bushiri, had at the beginning of the year, declared that God took him into all the months in 2020 and he could see that the year was great.

However, the self-acclaimed prophet was accused of money laundering and fraud and his wife, Mary, and two others. Crime investigators say the case involves ZAR102 million ($6.6m; £5m). Just last month, Bushiri fled South Africa to Malawi. In the year he described as great, Bushiri was tagged a ‘fugitive’.

The founder of the Divine Hand of God Prophetic Ministry, Emmanuel Omale, had in December 2019 prophesied that the former acting chairman of the Economic and Economic and Financial Crimes Commission (EFCC), Ibrahim Magu, would be confirmed as the substantive chairman of the agency in 2020.

In his prophetic declaration, the pastor was reported to have said: “President (Muhammadu) Buhari has seen the great success of his war on corruption under Ibrahim Magu and he will submit his name for re-appointment and confirmation despite massive gang-up.”

On the contrary, Magu has not only been suspended by President Buhari. He was probed by a panel set up by the government on alleged infractions he had committed. Buhari received the final report of the Justice Ayo Salami-led probe panel in November 2020.

Prophet of Christ Apostolic Miracle Ministry, Paul Okikijesu, released his 2020 prophecies in November 2019 that “angels are presently in sixty-nine countries and they will enter one hundred and twenty-four countries by Sunday (November 22, 2020). By the end of this month (November 2020), they will have entered numerous countries throughout the world, and you will hear the news that the Almighty God is presently angry. The event that has never happened before will occur, and you will hear that the angels are physically pronouncing judgment, and they are passing throughout the world. If this does not happen, then I am no longer God.”

The world has yet to hear the news that angels are physically pronouncing judgement as he had claimed, except it is supernatural.

Okikijesu also prophesied that God would eradicate the COVID-19 pandemic by July 2020. Nigeria is currently grappling with the second wave of COVID-19 pandemic and many health workers have lost their lives in the course of carrying out their duties.

“Death of an Ex-President: Thus says the Lord of hosts. An ex-President will die and his death will shake people and make them afraid; write it down today. If this does not happen, I am not God anymore,” the prophet said. No Nigerian ex-president died in the year 2020. 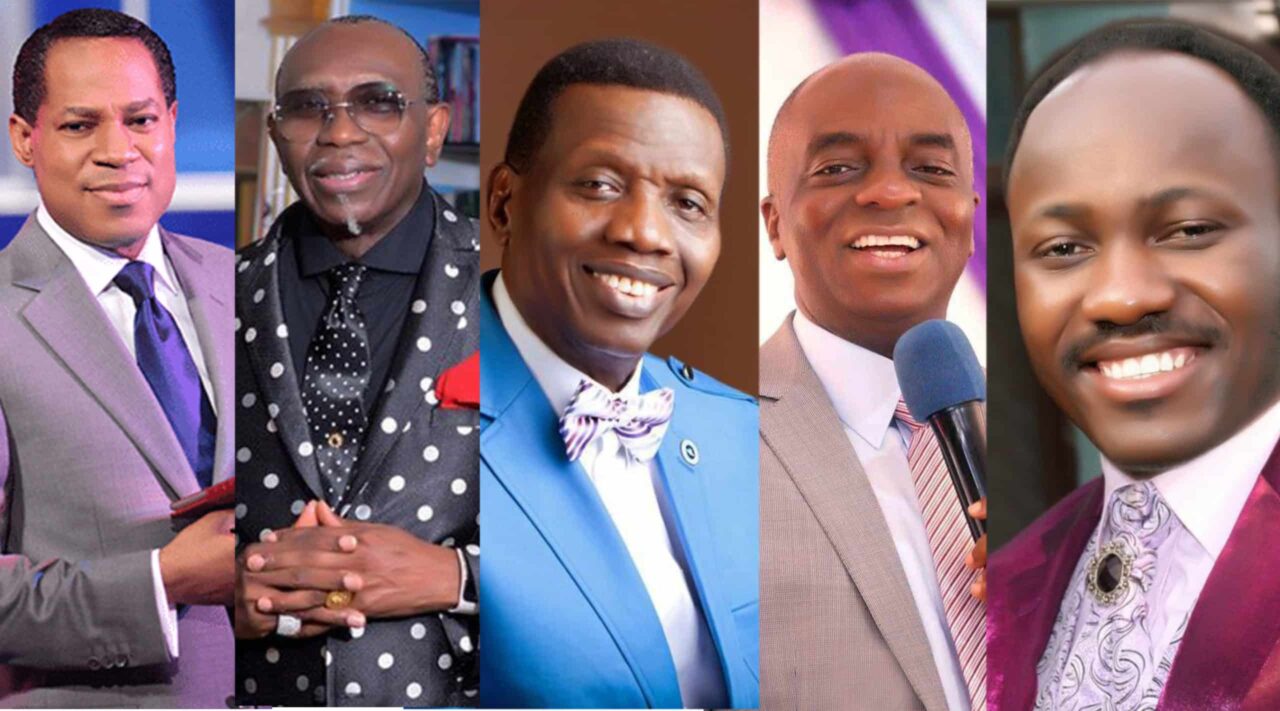 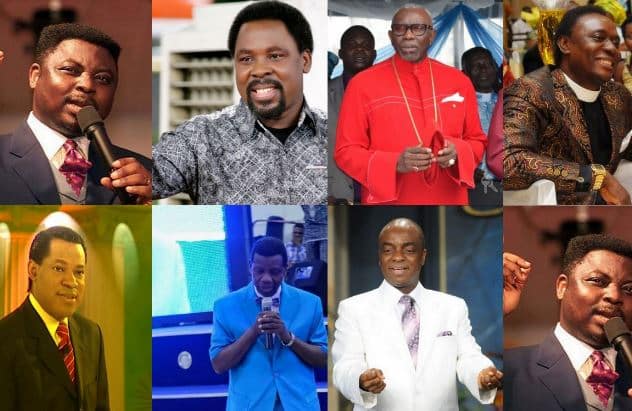 What is valentine? : History, Significance, How to Celebrate