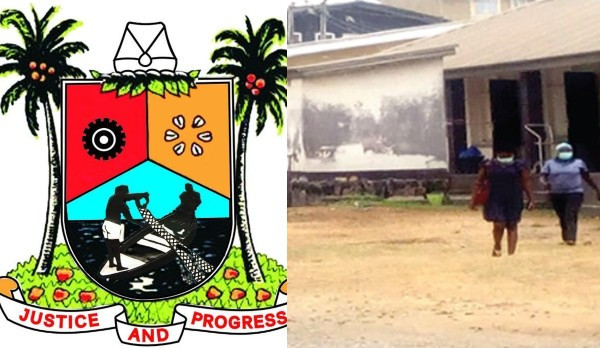 Beware of fake story , Lagos state government  reacted to report of the Italian man who tested positive for coronavirus upon arriving Nigeria, attempting to escape from its isolation center in Yaba.

Recall it was reported earlier today that the Italian man threatened to leave over the poor state of the Isolation center. It was alleged that he complained bitterly about the excessive heat and mosquitoes in the room where he is being isolated.

However reacting to the report, the Lagos State government described it as a fake story. The state government who also debunked claim of a driver escaping from an isolation center and threatening to spread the virus if his family is not paid N100m, said it is disheartening that some mischief makers are handling the Coronavirus issue with levity and peddling fake news at a time medical science is focused on how to stop the infection.

The statement reads in full;

The attention of the Lagos State Government has been drawn to various false stories, particularly on the social media, in respect of the identification and quarantine of the 44-year-old Italian, who tested positive to Coronavirus, on his return from a business trip to Turkey.

One of the stories alleged that the patient became angry and attempted to escape from the isolation ward due to what it described as the unsuitable condition of the Infectious Diseases Control Hospital in Yaba.

Another said that an individual, who claimed to have driven the Italian to Ogun State, escaped from hospital and has threatened to spread the virus all over Nigeria. He is said to be seeking N100m for his family to deter him from the ‘suicide mission’. It is disheartening that some mischief makers are handling the Coronavirus issue with levity and peddling fake news at a time medical science is focused on how to stop the infection. This situation calls for vigilance and soberness, not wicked jokes and frivolities. The Lagos State Government, in conjunction with the Federal Ministry of Health and the Ogun State Government, remains focused on entrenching measures to contain the infection and will not be distracted by activities of those who seem to be unconscious of the gravity of the situation. ?

This is not a time for intrigues. Every Lagosian is required to support the government’s efforts at fighting this situation and taking precautions required to prevent an epidemic. All residents should disregard any piece of information that does not emanate from official sources – the Federal Ministry of Health, the Lagos State Ministry of Health and the National Centre for Disease Control.