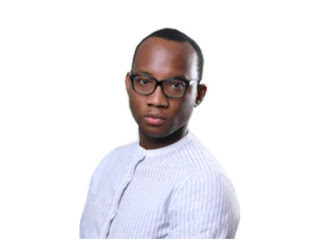 She kill my brother Edward Kehinde

Cornelius Soje, immediate younger brother of the Kogi State Civil Service director that committed suicide recently, Edward Kehinde Soje, has blamed the death on the deceased's wife.
Cornelius claimed that the woman turned his brother to her puppet.
He said his brother always narrated his family troubles to him and that after some time, the deceased stopped complaining and he (Cornelius) thought the troubles had been resolved.
He said, "My late brother called me on the phone and expressed to me that he was disallowed from naming the kids. It was the wife who gave the kids names.
"My late brother was not permitted to give them names. The wife did. My brother told me that his wife said he was not the father of the triplets.
"My brother thought it was a joke until the woman stressed it to him by asking, 'How can you think you are the owners of the babies?'
"My brother said he could not forget the statement and was seriously distressed by it. I told him not to take his wife's statement serious but view it as a woman's careless talk.
"He left the hospital and that was the last time anybody saw my brother alive."
He claimed that from the Saturday when the deceased went missing, the wife did not notify any family member until the following Tuesday when she called his sibling, Mrs Alice Turkwo, in Ilorin.
"It was my sister in Ilorin who told me the wife called to say our brother was missing. When she did around 6pm on that Tuesday, I called her on phone but she kept telling me not to disturb her as she had migraine and needed to rest.
"Out of annoyance I ended the call. I tried to call her line later but, since then, she had put off her phone and none of us could reach her. It was a friend who hinted us of a suicide story in town.
"We checked with the army and discovered it was actually our brother that was in the photograph taken before they invited the police to take over the case."
The deceased younger brother dismissed the claim that it was financial depression that led his brother to commit suicide, adding, "The unpaid salary had nothing to do with the suicide.
"My brother had been surviving without salary for months, why now? He could survive without salary for two years. The house he sold at Zariagi was because he didn't like the location and he had started using the proceeds to build another one around Phase Two, Lokoja.
"Whether the claim by the wife, as reported to me by our late brother, that he was not the father of the triplets is true or not, the kids are innocent. And we are ready to take them as ours. And we'll help them. My brother was a good man. We were the only two male children of our parents."