Kiki Mordi has been accused of having sex with BBC producers in exchange for roles, according to journalist David Hundeyin.

Also Read : Symptoms of HIV: Easy Way to Know If You Have HIV

Kiki, who rose to prominence following the BBC African Eye documentary Sex For Grades, was chastised by David on Twitter after people shared their stories about bad bosses.

Kiki Mordi was one of the co-hosts of a space where people could share their stories about bad bosses.

The first punch was thrown by David Hundeyin, who claimed that the “co-host of the space is the victim of a toxic action by one of the most toxic bosses in the entire Nigerian media space.” 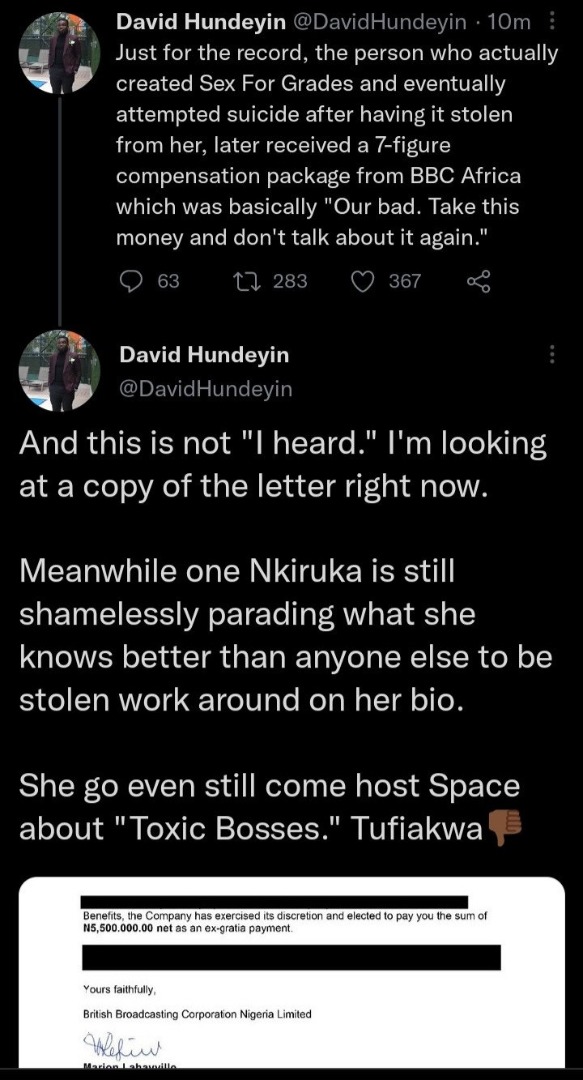 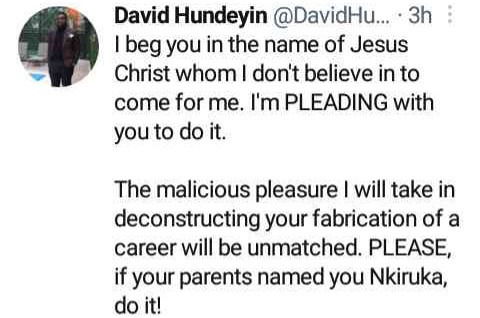 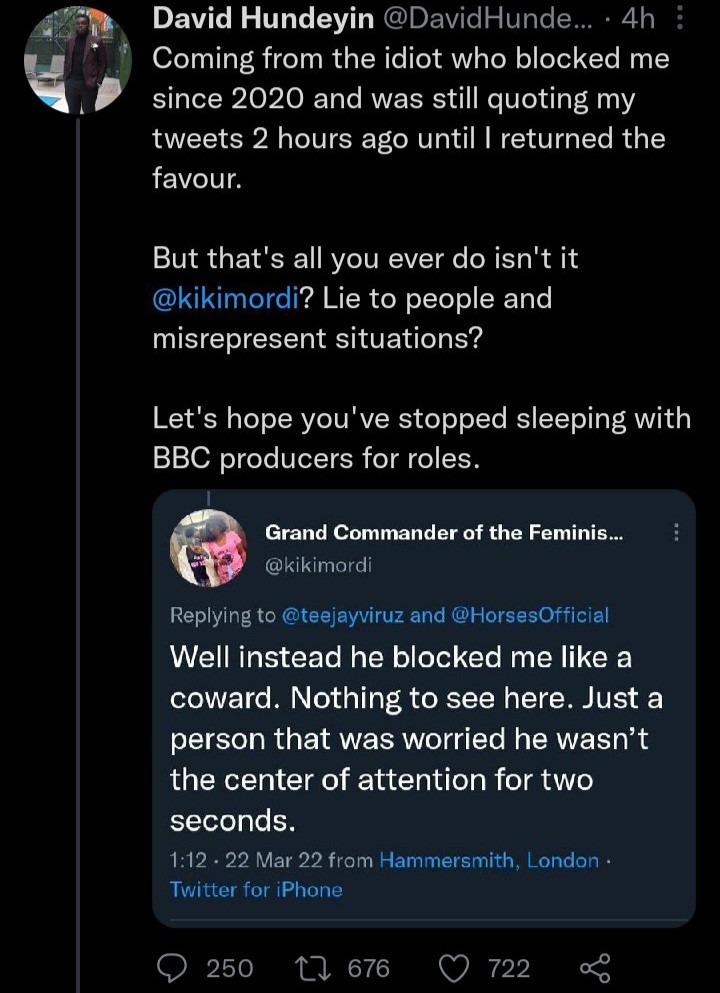 Amaechi to draw plans to link Seaports and rail, FG