Long-time host of American television quiz show Jeopardy!, Alex Trebek is dead at the age of 80.

The Canadian-American media personality who has hosted Jeopardy! since 1984 and has received numerous awards and honours for his work, had announced that he had been diagnosed with stage-four pancreatic cancer in March 2019.

The Jeopardy! Twitter account however said on Sunday November 8, that he “passed away peacefully at home” surrounded by family and friends. 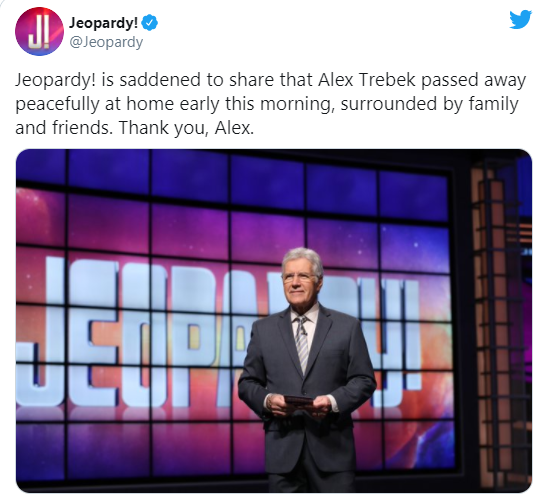 Producer of Jeopardy!, Sony Pictures led tributes to the “legend” and wrote in a statement;

“For 37 amazing years, Alex Trebek was that comforting voice, that moment of escape and entertainment at the end of a long, hard day for millions of people around the world.”

Trebek who turned the TV show into a ratings smash hit, fronted more than 8,200 episodes of the popular quiz show, making him among the most well-known people on television in the US and Canada. 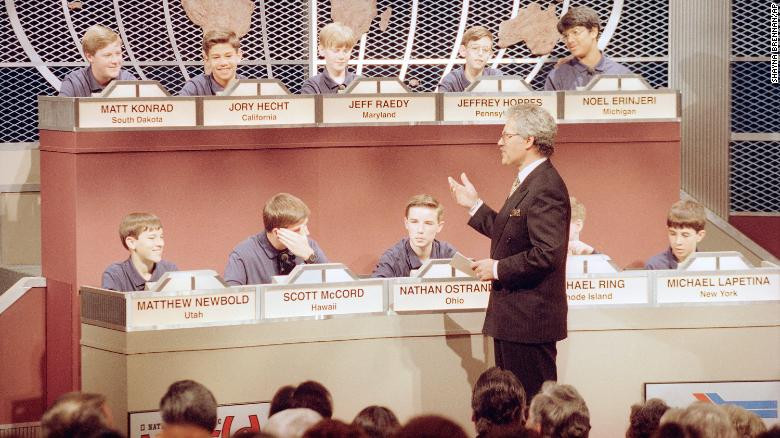 In 2014 he set a Guinness World Record for “most game show episodes hosted by the same presenter”. Trebek has won six daytime Emmy Awards and was honored with a Lifetime Achievement Award from the National Academy of Television Arts and Sciences in 2011.

Trebek is survived by his wife, Jean, whom he married in 1990, and his three children.