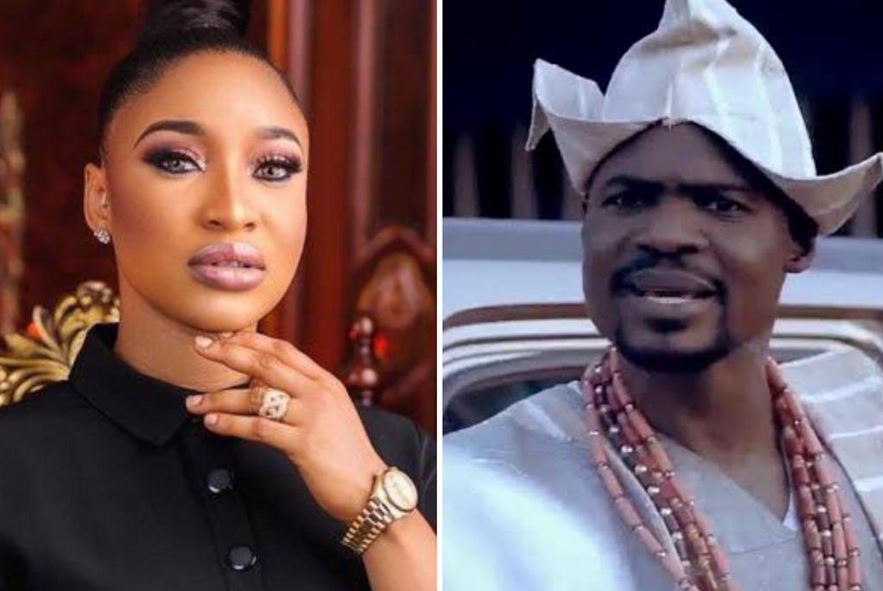 Nigerian actress, Tonto Dikeh has reacted following reports that Baba Ijesha would be released from custody on Friday, April 30, after he was accused of molesting a minor.

Recall the actress had earlier called on mothers to come forward saying a r3pe on a child is a stab on all mothers.

Reacting to the news of the soon release, Tonto took to Instagram to vent. 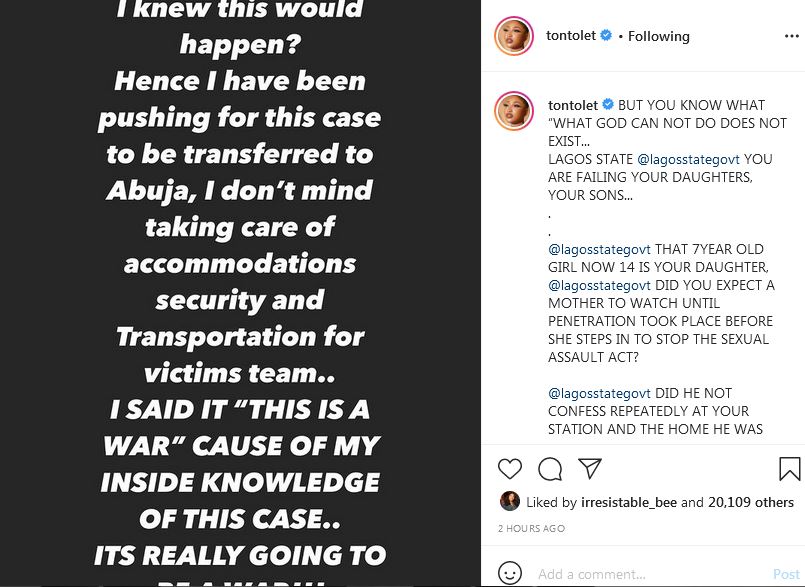 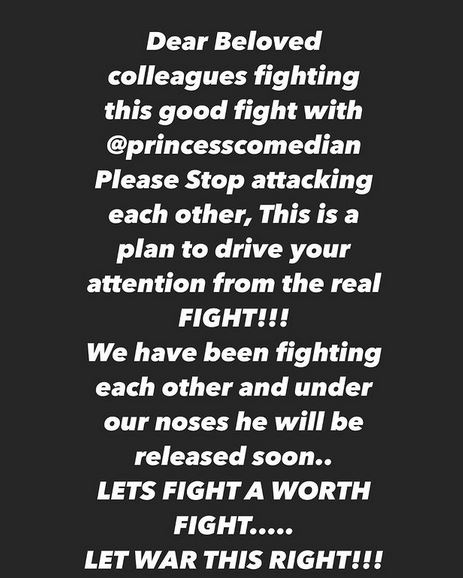