The news of a rumored court ruling that sentenced Peter Nwachukwu, the late gospel singer Osinachi Nwachukwu’s, husband to death by hanging was widely circulated on social media.

The report claimed that the judgment was handed down by the federal high court in Abuja, which has since gone viral and been republished by numerous blogs.

Ejes Gist Media, on the other hand, created this post to clarify the intent and outcome of the circulating news.

Let’s take a flashback on who Osinachi’s Husband, Peter Nwachukwu is:

Evangelist Peter Nwachukwu is the late singer Osinachi Nnwachkwu of the Ekwueme song’s husband and manager.

He was accused of murdering his wife by battering her.

According to reports and close sources, Peter Nnwachkwu treated his late wife like a slave and abused her in front of her children.

At the age of 42, Osinachi Nwachukwu died at the National Hospital Abuja on Friday, April 8, 2022.

Her death was initially reported to be due to throat cancer, but this was refuted by neighbors and close friends.

Following reports that he was involved in the singer’s death, the husband was apprehended.

The autopsy report was completed in April, according to the police.

The result is currently with the Director of Public Prosecution for vetting, according to the FCT Police Public Relations Officer, DSP Josephine Adeh, in a statement issued and made available to newsmen on Tuesday.

Peter Nwachukwu has been charged with 23 counts by the Nigerian government.

The Attorney-General of the Federation charged him under sections 104 and 379 of the Administration of Criminal Justice Act, 2015.

The defendant was charged with culpable homicide, which is punishable by death under Section 221 of the Penal Code.

Mrs Yewande Gbola-Awopetun, the Head, Sexual and Gender-Based Violence, Department of Public Prosecutions of the Federation, Ministry of Justice, filed the case with charge number CR/199/2022 at the High Court of the Federal Capital Territory, Abuja, on May 20, 2022.

At this time, Peter’s trial has yet to begin. He is still in police custody and has not been sentenced, contrary to popular belief.

Back to our original question: Did Osinachi Nwachukwu’s husband receive a death sentence by hanging?

Our Verdict: Osinachi Nwachukwu Husband’s  husband has not been sentenced to death by hanging. Peter Osinachi is still being held by the police, and the final verdict has not yet been reached.

Friends of late gospel singer Osinachi Nwachukwu have alleged that the “Ekwueme” singer died from domestic violence, and not throat cancer as earlier reported.

On Friday, April 8, news of Osinachi’s death in an Abuja private hospital sent shockwaves across Nigeria.

Friends said the victim died as a result of a kick in the chest by her husband, Peter Nwachukwu, who put her on life support for five days before she died.

The singer had been a long-time victim of domestic violence, according to a series of Facebook posts and WhatsApp status messages.

Amanda Chisom, a lifestyle blogger, accused her husband Peter of being a “control freak whose only interest is to maximise profit from her voice,” according to one of the friends.

Another close friend said the victim’s husband, who also served as her personal manager, was in charge of her phones, social media accounts, bank accounts, and payments for the singer’s misdeeds.

According to gospel singer Gold Martins, who shared screenshots of people who knew Osinachi confirming the domestic violence story, Osinachi personally confided in a mutual friend, explaining her experience and inability to leave.

Gold quoted the singer as saying, “If not for the church and what people will say, I would have left this marriage.” 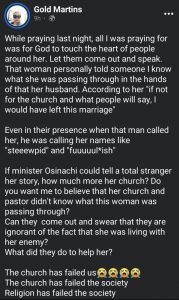 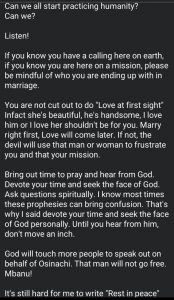 One of the friends said the singer told her of how the husband would tie her up and ask the children to “beat her up with a cane. She told me this.”

“He would lock her up in the house even on days when she had important concerts and programmes that she had already been paid for,” according to a friend.

“In 2019, I had her on one of my shows, The INVASION.” It had been a horrible experience on the phone with the husband, and when she arrived, she revealed frightening marital issues.

“To honour the invitation, she had to sneak out of the house.” On the phone, the husband threatened me and assured me that if the wife attends the event, she will not return to his house.” 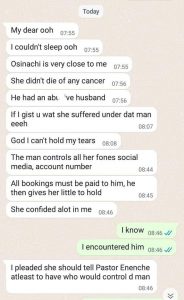 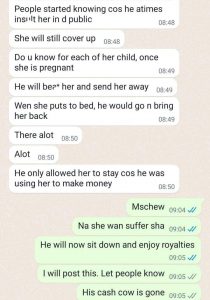 The Dunamis chorister and mother of four had previously left her abusive marriage, but was able to reconcile with her husband thanks to Pastor Paul Eneche, the founder and senior pastor of Dunamis International Gospel Center.

Meanwhile, Source said that her husband has been arrested by the Nigerian Police. 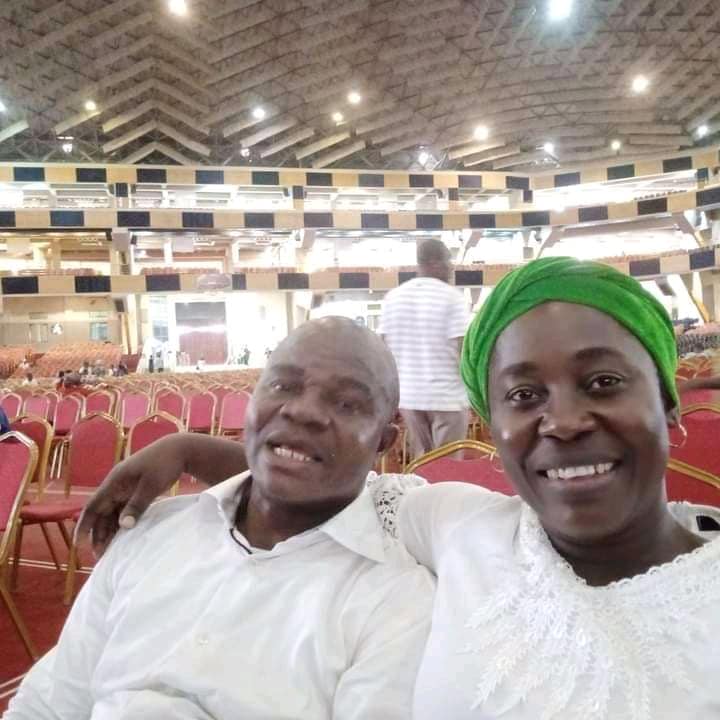 Singer of Ekwueme, Sister Osinachi Nwachukwu cause of death Emerged

This online news platform understands that Sister  Nwachukwu died on Friday evening, April 8, 2022, in a private hospital located in Abuja, Nigeria’s capital.
The “Ekwueme” crooner confirmed dead  in an Abuja hospital after battling an unknown illness for several months.

Who is Osinachi Nwachukwu?

Sister Osinachi , a gifted musician with an angelic voice who was best known for the song Ekwueme, was married with four children. Throughout her gospel career, she has appeared in a number of well-known gospel songs, including “Nara Ekele” by Pastor Paul Enenche (Dunamis, Abuja), “Ekwueme” by Prospa Ochimana, and Emma’s “You no dey use me play.”