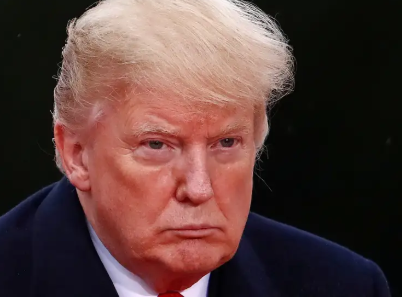 Many of President Trump’s critics are cheering on the House vote on impeachment that’s currently underway.

Many Americans are wishing the country a “Happy Impeachment Day!” and the House is poised to vote separately on two articles of impeachment namely abuse of power and obstruction of Congress.

On social media, some of Trump’s most vocal detractors in the entertainment industry expressed triumph over the impeachment vote.

READ ALSO : From February 2020, Nigerian citizens will pay €80 instead of €60 when applying for a Schengen Visa

See all the social media reactions below…

IM SORRY DID YOU JUST COMPARE TRUMP TO JESUS?#ImpeachmentDay pic.twitter.com/FBtGXMH3Bq

Ken Buck is basically giving a list of how other presidents abused power. Is he then saying it is okay for this president to commit these crimes because he claims those other presidents committed like crimes? #ImpeachmentDay

All I got to say after all this impeachment scandal is MEOW cause the Republicans was acting like pussy up in the building kissing ass and chocking on they own lies that we all seen for 3 years straight they was drowning in a pool of lies #ImpeachmentDay pic.twitter.com/aNr5IurfWp

The thing about these #ImpeachmentDay arguments is that if you belonged to either side, you’d actually find some of the arguments of your side really strong. If I was the judge ehn, I for don tire.That’s me speaking as an onlooker o, I have my own N37b & #FreeSoworeAlready issues

BREAKING: 6ix9ine reportedly testifies that Donald Trump used to be an active member of the Nine Trey Bloods #ImpeachmentDay pic.twitter.com/v8pXto5uol

If you don’t wanna watch the Impeachment hearing, imma give you a visual of what’s going on rn #ImpeachmentDay pic.twitter.com/KujTeW0EHd

The Republicans not wanting to admit the facts and impeach him #ImpeachmentDay pic.twitter.com/Ry69yBS7ve

Live video of Donald Trump watching his own IMPEACHMENT.

Read the original transcript of Trump’s first phone call with Ukraine’s Leader released by the...