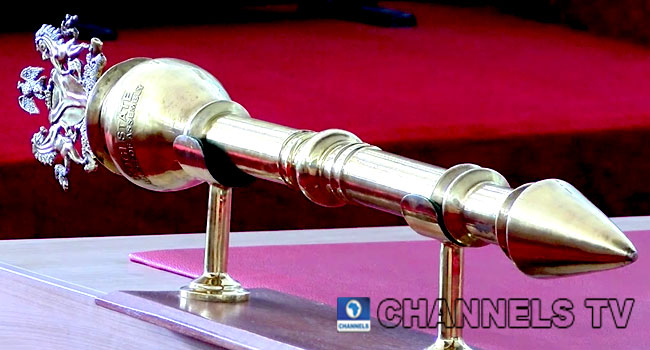 Mr Simon Achuba has insisted that he is the Deputy Governor of Kogi State.

He stated this in a telephone interview with Channels Television on Friday, shortly after he was impeached by members of the State House of Assembly.

Earlier, the House in a unanimous decision impeached the embattled former deputy governor following the submission of a report of the committee set up by the State Chief Judge, Justice Nasir Ajana, to investigate an allegation of gross misconduct against him.

Majority Leader of the House and member representing Ajaokuta State Constituency, Mr Hassan Abdullahi, had told reporters that the Speaker, Mr Mathew Kolawole, received the committee’s report which was studied and deliberated upon before the lawmakers took the decision.

Moments later, Mr Achuba stressed that his impeachment by the lawmakers was illegal, saying they didn’t follow the due process involved.

He said, “Impeachment has processes and the last process of impeachment is the verdict of the panel.

“If the panel says the case of the complainant is proved, it means that the accused which is the respondent in the case can be removed. But if their case is not proved, they can’t do anything concerning my office and that is the situation.”

According to Mr Achuba, the report before the Assembly stated that the case brought against him was not proved.

He explained that he did what was expected of him and presented himself before members of the seven-man panel set up by the Chief Judge in the state.

“So, what you have seen is the continuation of the illegality that I have complained about loudly.

“I will get a copy of the report in no time to prove to you that what they have done is complete illegality,” Achuba said.