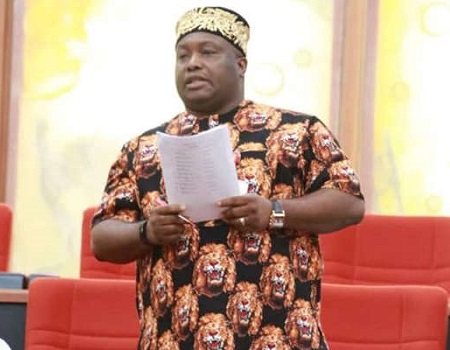 The Supreme Court has affirmed the election of Senator Ifeanyi Ubah as the Senator representing Anambra South Senatorial District.

The Apex Court in a unanimous judgment delivered by Justice Sylvester Ngwuta who led four other justices of the court held that the High Court Of the Federal Capital Territory (FCT) lacks the territorial jurisdiction to determine a matter that arose from the primary election conducted in Anambra State, saying that the cause of action emanated from Anambra State and not the FCT.

At the hearing of the appeals brought by Chris Uba and Obinna, they had prayed the Supreme Court to set aside the decision of the Court of Appeal which had voided the Judgment Of Justice Bello Kawu of the FCT High Court and allow their appeal on the grounds that the FCT High Court has territorial jurisdiction over pre-election matters among other issues raised in the appeal.

However, Counsel to Senator Ubah, Dr Onyechi Ikpeazu (SAN), in his argument urged the apex court to dismiss the appeals on the grounds that FCT High Court lacks the territorial jurisdiction to entertain a cause of action that emanated from Anambra State.

Reacting to the judgment of the Supreme Court, Senator Ifeanyi Ubah said: ”I give God all the glory that this has come to pass, I dedicate this victory to God and the people of Anambra South who have stood by me through all this trial.”