Mazi Nnamdi Kanu, the IPOB leader, has come out to address those who oppose the formation of the Eastern Security Network.

The Eastern Security Network (ESN) is a regional security force based in the Igbo part of Nigeria and a paramilitary wing of the Indigenous People of Biafra (IPOB).

When the ESN was formed, Kanu stated that it was necessary for the group to protect Igbo natives and farmers against attacks by Fulani herdsmen. 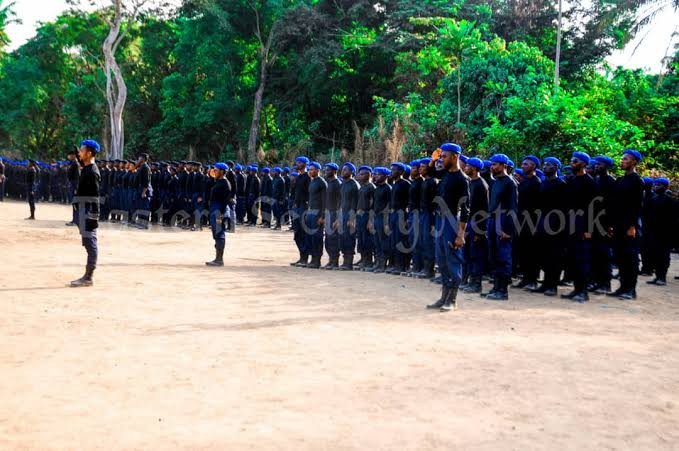 The creation of the security outfit has failed some critics, saying it is just a pretext for an IPOB military wing aimed at insurrection and secession.  But Kanu and his supporters argue that the group is no different from the Islamic police in the North and Amotekun in the South West 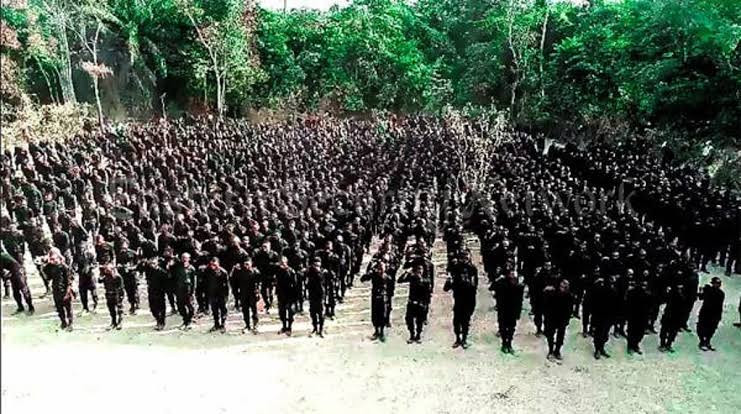 Kanu said on Twitter on Saturday night, January 30, that anyone who is against the ESN should ‘get sense.’ He wrote;

If you are against the Eastern Security Network, who will stop you from murdering/raping you in your homes, farms & highways by Fulani herdsmen & their allies in the Army/Police? Is it the complicit Army/Police or the @NGRPresident that allows them to forgive them? Receive sense! 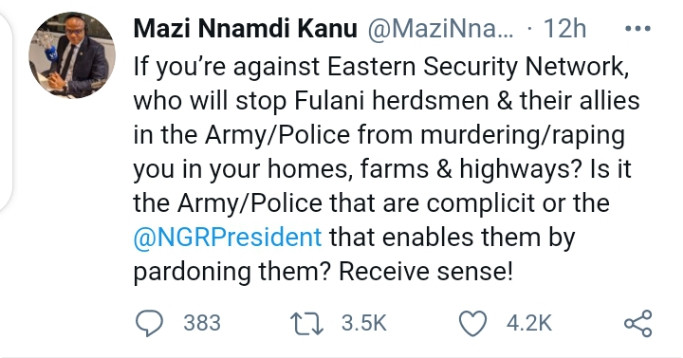 Nnamdi Kanu ordered us to bury Ikonso with 2000 human heads, we have 30 already...