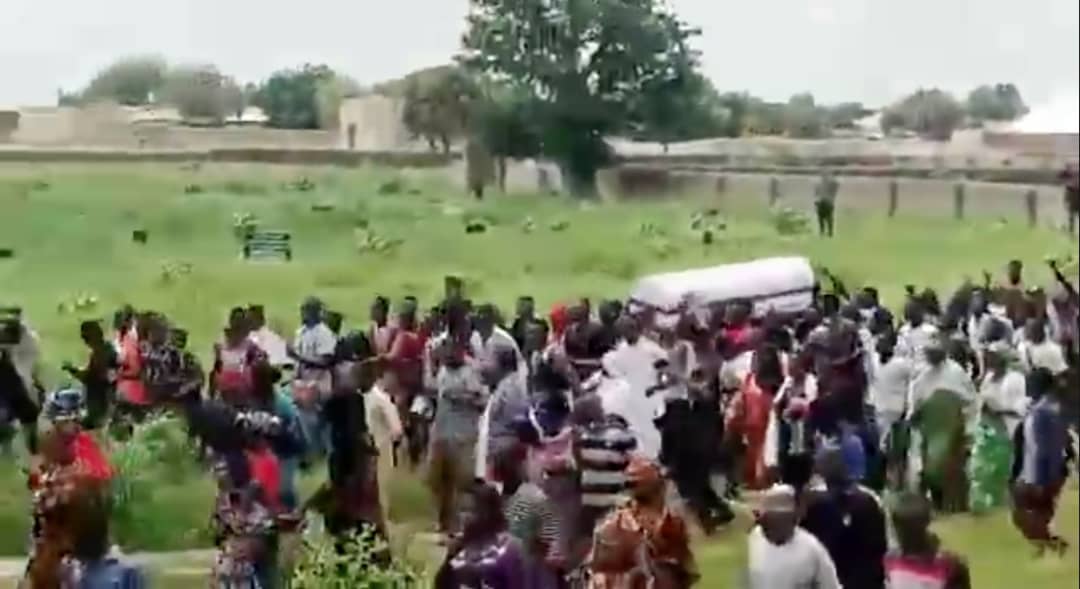 The EYN (Ekklesiyar Yan’uwa of Nigeria), also known as the Church of the Brethren in Nigeria, has buried one of its members, Ezekiel Bitrus, who was shot dead during the demolition of the church building by the Borno State Government, according to a report by SaharaReporters.

According to SaharaReporters, security personnel began shooting into the air without provocation, resulting in chaos.

The incident sparked widespread outrage among Christians. To defuse tensions, state officials said they were in contact with the church’s leadership.

The majority of mourners did not shed tears during Bitrus’ funeral procession, which was attended by a large crowd.

They can be seen singing victory choruses as the casket is carried to the gravesite in a video of the burial that has gone viral.

On Sunday, EYN members and other Christians gathered in solidarity to hold a service and pray on the ruins of the demolished church.

Meanwhile, Babagana Zulum, the state governor, has ordered the police to investigate the shooting.

Sultan of Sokoto lament, Says Things Not Right in Nigeria