The 32-year-old woman, who stole a three-day-old baby in Plateau Specialist Hospital, Jos said she was driven into committing the crime by desire to have a child, who would call her mother after seven years of marriage.

Mrs. Leritshimwa Diyal, a student of College of Health Technology, Zawan, in Plateau, made the confession while speaking with newsmen when she was paraded by the Plateau Police Command on Thursday in Jos.

Recall that the baby belonging to one Mrs. Mary Chukwuebuka was stolen three days after birth at the Plateau Specialist Hospital. The baby has since been handed over to the biological parents. 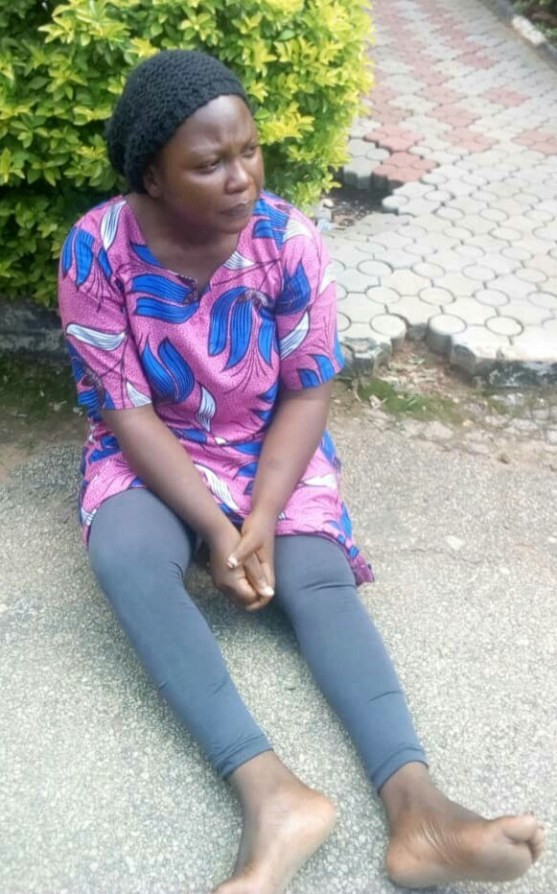 “I have been married for over seven years without a child; the desire to have one pushed me into stealing another woman’s child. My husband and I have sought for medical attention to ascertain the reason for our childlessness, but to no avail. I have contacted many orphanages to adopt a child, but none granted me the opportunity, that is why I resorted to stealing. I regret this desperation. I wasn’t thinking straight when I stole the baby. I plead that justice be tempered with mercy,” she pleaded.

Diyal also told journalists that she carried out the act without the knowledge of her husband.

Briefing newsmen, the Plateau State Commissioner of Police, Isaac Akinmoyede, attributed the timely arrest of Diyal to the “painstaking and diligent investigation” by his officers and men.

He explained that Diyal perfected her plans and leveraged on her deep knowledge of the terrain of the hospital, where she once undertook her industrial attachment, to steal the baby.

Akinmoyede said that she had faked her kidnap story thinking it would give her a strong alibi to have the baby, but that when she was confronted with realities, she confessed to stealing the baby.

“Currently, the command is investigating her claim that she committed the crime alone,” Akinmoyede said, stressing that the case would be charged to court immediately the investigation was concluded.

Lagos govt vs Synagogue: What happened in court on Thursday