Comrade Adams Oshiomhole and the Gubernatorial candidate of the ruling All Progressives Congress, APC, Osagie Ize-Iyamu have pleaded with some traditional rulers in the state for support in the upcoming elections.

Ize-Iyamu, in a statement on Sunday, disclosed, that he visited the Enigie of Egbaen town to pay homage and present his manifesto. He wrote;

“I just left the palace of His Royal Highness, Edomwonyi Iduozee Ogiegbean, the Enigie of Egbaen town and the President of Enigies in the Benin Kingdom where I went to pay homage to the Enigies and present my SIMPLE agenda manifesto.”

ALSO READ : Are You Planning To Propose To Your Woman? Check Out 4 Most Romantic Places To Do It (Photos) 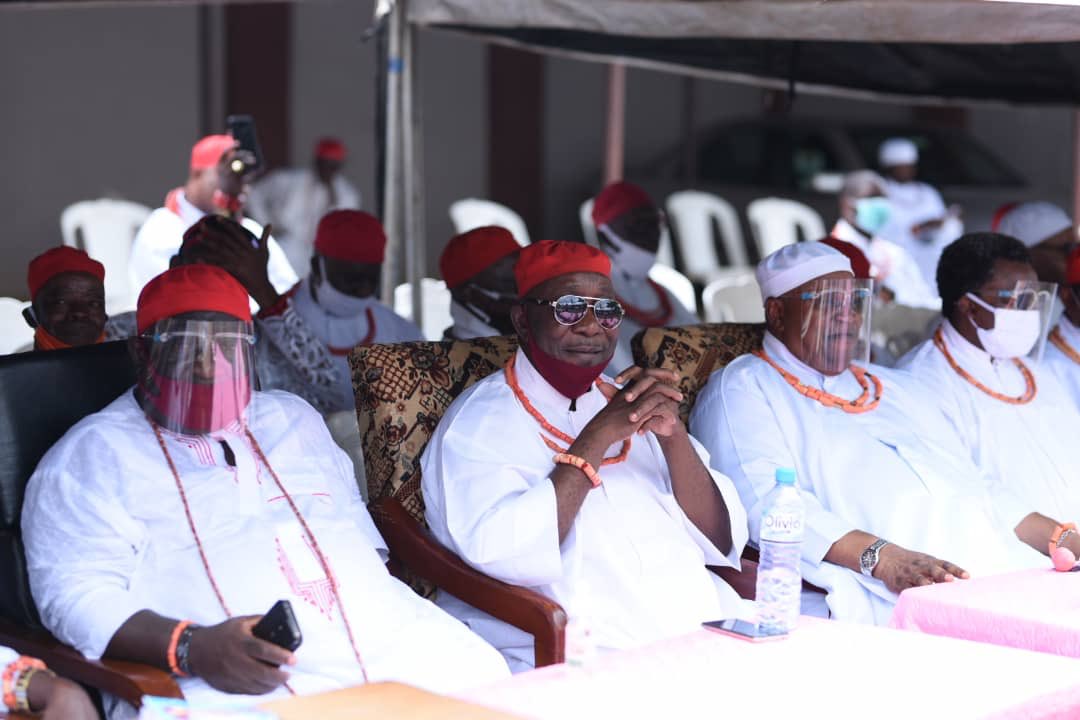 “I delivered copies of the #POISIMPLEAGENDA and highlighted some of the measures designed to tackle insecurity, particularly the rising cases of kidnapping, through careful investments and partnership with community heads and traditional rulers for crucial local intelligence.”

“I promised to replace the elitist and detached approach of the present government with a functional and true government of the people, by the people, and for the people with felt policies and achievements at the grassroots.”

“I am grateful to the Enigies for their prayers, blessings, and warm reception.”

“When You Get The Chance To Work With High Network People, Don’t Tell Them Your...