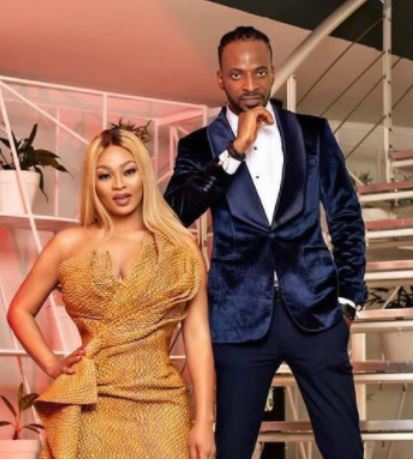 9ice and his wife

Veteran Nigerian singer recently appeared in a new video asking the public to help beg his wife to forgive him after he was caught cheating.

Nigerians are now reacting to the video of 9ice asking people for their help in making his wife return to him.

It will be recalled that a video of 9ice with a lady in which he was caressing her boobs surfaced online recently.

Following the backlash he received after the video went viral, 9ice posted a video online on Saturday, November 21, asking Nigerians to help him beg his wife, Olasunkanmi, who he got married to in an elaborate wedding in January 2020.

While some Nigerians actually feel for him and are begging his wife to forgive him, others are of the opinion that he is only remorseful because he got caught. 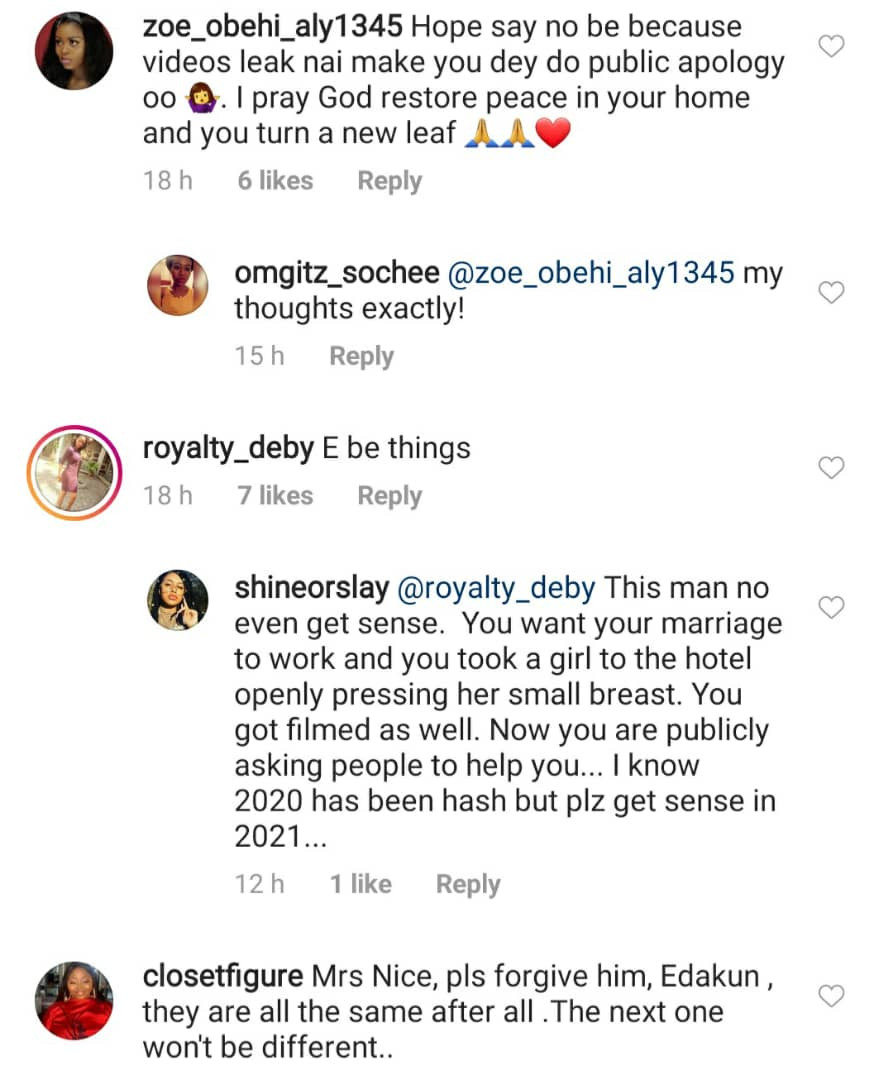 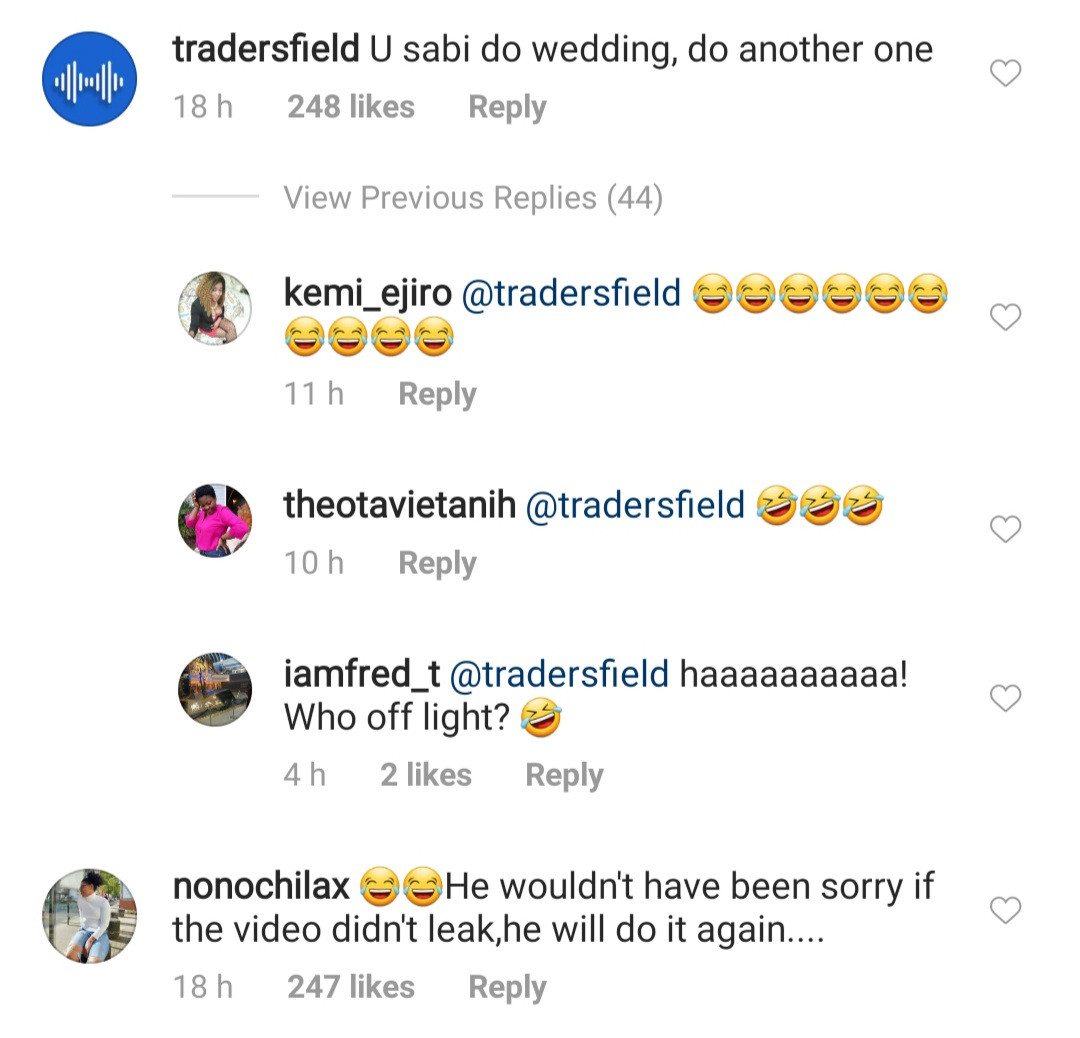 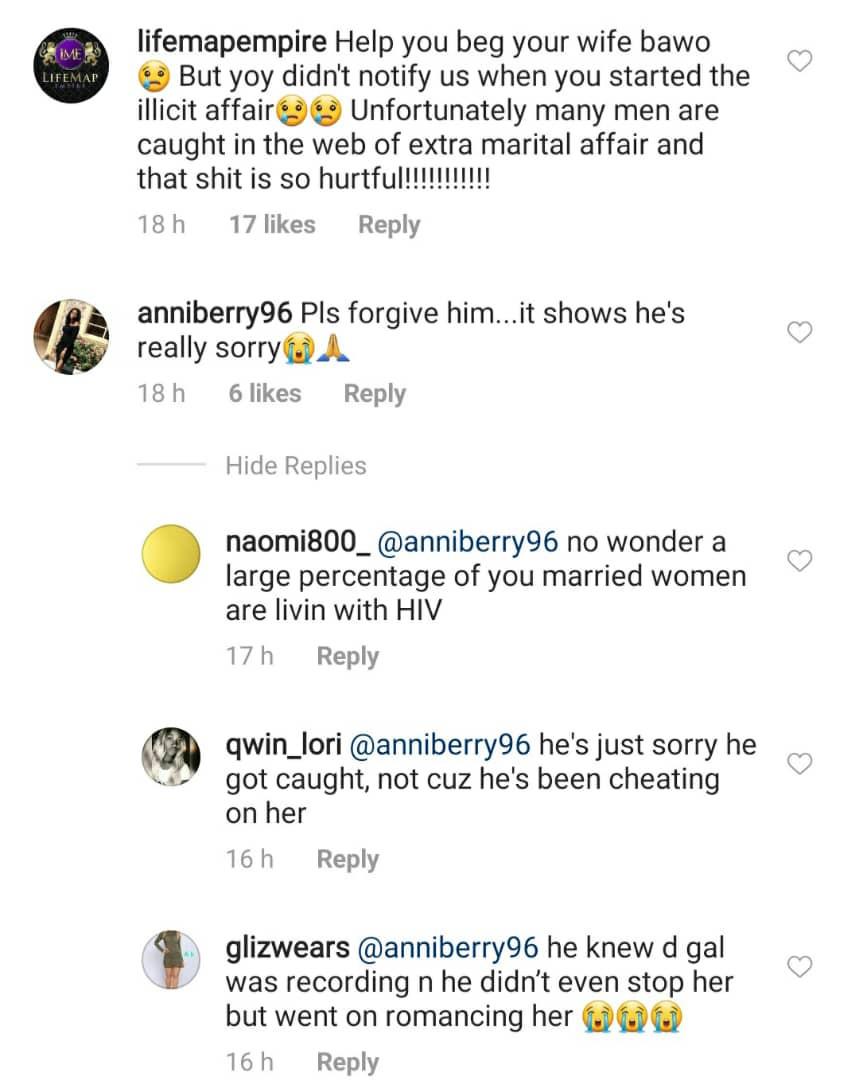 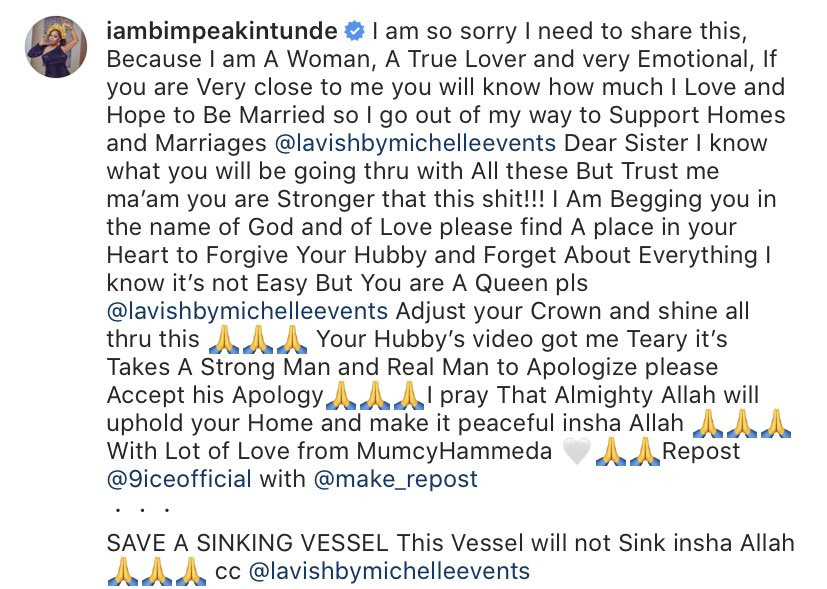