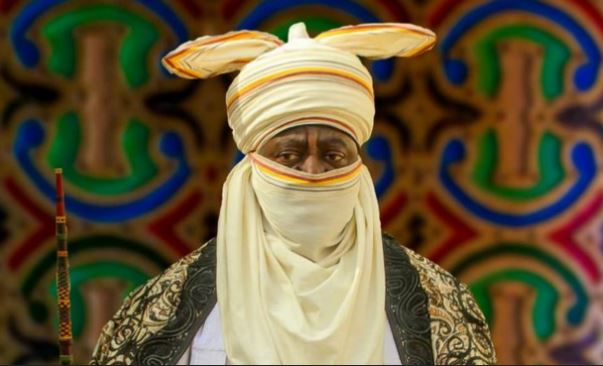 Aminu Ado Bayero, Emir of Kano, wept on Wednesday shortly after he received his letter of appointment.

Bayero, who until Monday was the emir of Bichi, told members of his former kingdom that it was the will of God for him to leave for another emirate.

“I am leaving you, not because I do not want to stay with you. This is how Allah made it for all of us,” the emir said.

In his inaugural address, Ado Bayero, who emerged following the dethronement of Muhammad Sanusi said his late father, trained his children to always respect elders.

He pledged loyalty to the governments of Abdullahi Ganduje, the governor, and President Muhammadu Buhari.

“We believe that everything has an end. We must recall our late emir, Ado Bayero that we keep on believing in God. He also trained us on patience and obedience to elders,” he said.

“He assured us that patience leads to success. Now, we have seen the lessons taught to us in reality. I urge people to believe in Allah and be of brothers’ keepers in a bid to bring development to purchase emirate, Kano and Nigeria as a whole.”

The new emir also thanked Ganduje and the four kingmakers for the appointment, promising to keep the legacy and history of the two centuries.

“We thank Allah and the legacy of our forefathers. We also pray for their souls to rest in peace. We pray to Allah to unite us,” he said.

He also thanked Ganduje for what he described as a “gift given to him by Allah” through the governor, praying for unity among the royal family and the state as a whole.

While commending Ganduje for free and compulsory education policy, Nasiru, brother of the emir of Kano, also urged the governor to create more opportunities to teeming unemployed youth in the state.

In his address, Ganduje said it is a historic occasion as the first time two brothers become first-class emirs in the state.

According to him, it is also the first time in the history of Nigeria to create five first-class emirates.

He said the rationale behind the creation of the five first-class emirates is to include other areas in development.

He charged the emirs to be up and doing in strengthening the free and compulsory education policy and integrated almajiri education system.

Ruth Kadiri tenders apology for her behavior during pregnancy, gives reason for her actions

Joblessness Made Us Go Into Kidnapping – Suspects