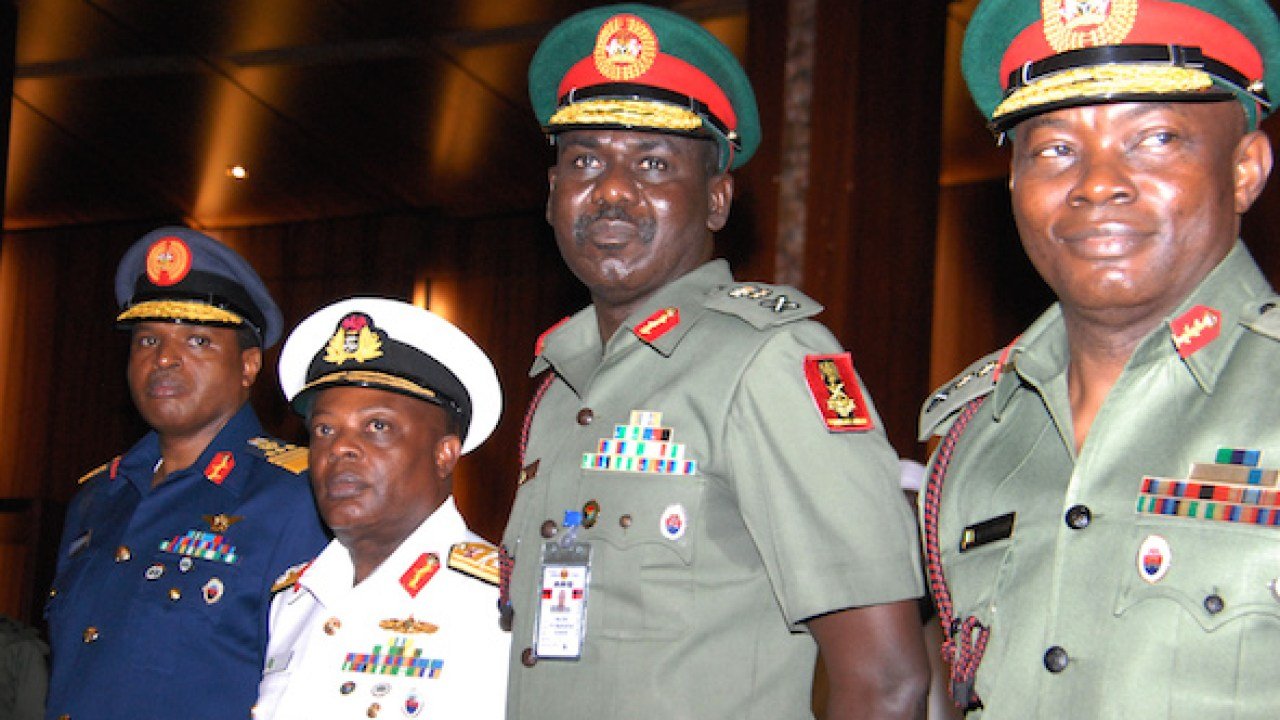 Billions meant for purchase of ammunitions were secretly released and shared among the immediate past service chiefs for the prosecution of the war against terrorists..

According to Sahara Reporters, the $1billion was set aside by President Muhammadu Buhari from the Excess Crude Account to buy military ammunition.

SaharaReporters learnt that the $1billion release, which was greeted with widespread criticisms when President Buhari announced so in April 2018, was approved by the National Assembly and shared with the military arms in 2019 without public knowledge to avoid more criticisms.

The administrations of the immediate past Chief of Army Staff, Lt Gen Tukur Buratai (retd.), his contemporary in the air force, Air Marshal Sadique Abubakar (retd.), and navy, Vice Admiral Ibok Ete-Ibas (retd.), received the funds but they deliberately chose not to make public knowledge of it.

In December 2018, Buratai, while addressing newsmen in Maiduguri, Borno State, had hinted that the money had been released but had not yet got to the army’s coffers.

“You know the process of funding is another major issue. The bureaucracy and so on is (are) another issue. Approvals are given but before you really get the money out is another challenge.

“So, the people are talking or the media have been talking of $1 billion that has been approved but I tell you up till today, the fund that is supposed to come from that amount to the army, in particular, is still in the Central Bank of Nigeria,” he had said.

SaharaReporters gathered from sources in the Office of the Accountant General of the Federation that about $900million had since been released to the military.

From that sum, $496million was released from the ECA to the air force for the purchase of Super Tucano aircraft from the United States. The aircraft were being expected in 2022.

Also, about $381million was released to the army and navy for the purchase of critical equipment.

“The military chiefs were asked not to state to the public how the money was spent or when it was received. But it came and the three arms of the military got their shares. In case there were mismanagements, the former chiefs should be held accountable because it was their administration. Nobody should be afraid of a probe if you spent the money appropriately,” a top source in the Defence Headquarters told SaharaReporters.

Days ago, the National Security Adviser, Maj Gen Babagana Monguno (retd.), raised an alarm that funds meant for the purchase of arms to fight Boko Haram and other security challenges in the country were missing. Although under pressure, he later recanted that he was misquoted.

In an interview he granted to the BBC Hausa, Monguno had said, “We don’t know where the money went to. The president has given out some money for equipment but they are yet to arrive. The president has done his best by ensuring that he released exorbitant funds for the procurement of weapons which are yet to be procured, they are not there. Now the president has employed new hands that might come with new ideas.

I am not saying that those that have retired have stolen the funds, no. But the funds might have been used in other ways unknown to anybody at present.

“Mr President is going to investigate those funds. As we are talking with you at present, the state governors, the Governors Forum have started raising questions in that direction. $1billion has been released, and that has been released, and nothing seems to be changing. So I assure you that the president will not take this lightly.

“The funds are nowhere to be found and the weapons have not been seen and the newly appointed service chiefs have declared that they have not seen the weapons. Maybe they are on the high seas, on their way coming from wherever they were purchased, from the US or Europe, but for now, there is nothing on the ground. I have not seen anything; the service chiefs have also not seen anything.”