On Saturday, the terrorists attacked the farmers working in the rice fields in Koshebe area of Zabarmari village in Jere, Borno State. 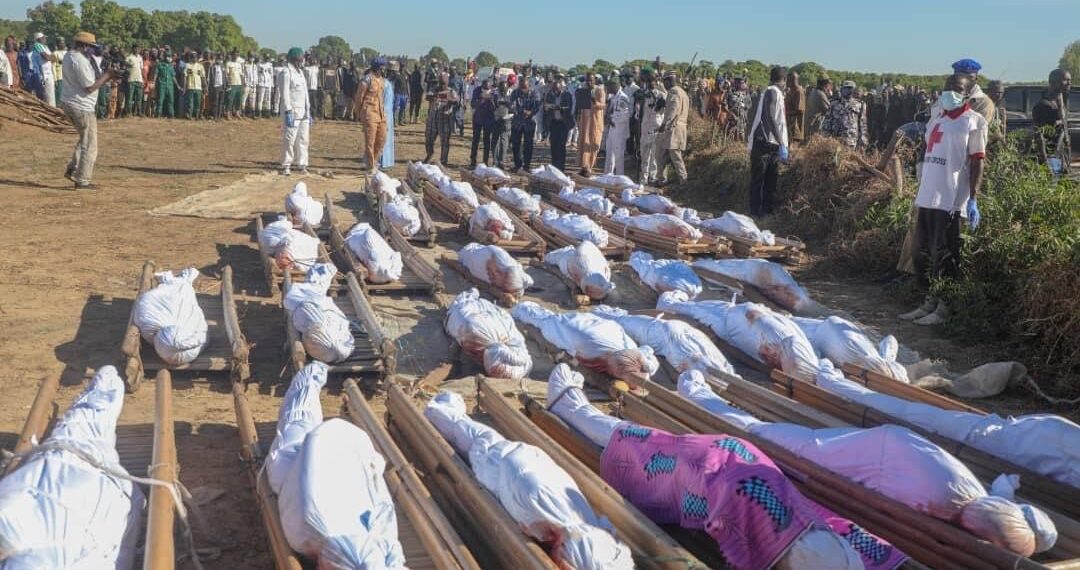 The burial held in Borno

The 43 farmers who were slaughtered by Boko Haram in Borno state have been buried.

The governor of Borno State, Babagana Zulum, on Sunday led government officials and military officers to attend the funeral of the 43 rice farmers slaughtered by Boko Haram terrorists in a Borno rice field.

On Saturday, the terrorists attacked the farmers working in the rice fields in Koshebe area of Zabarmari village in Jere, Borno State. 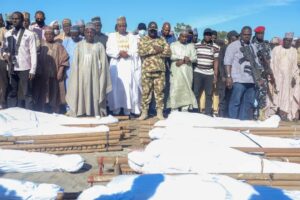 It is thought the victims were labourers from Sokoto state in northwest Nigeria, roughly 1,000 kilometres (600 miles) away, who had travelled to the northeast to find work, the AFP reported, quoting Ibrahim Liman, a member of the Civilian JTF.

“There were 60 farmers who were contracted to harvest paddy in the rice fields. Forty-three were slaughtered, with six injured,” Liman said. 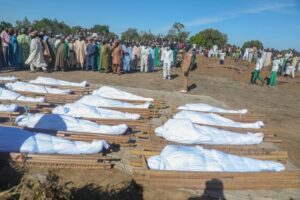 Eight others were missing, presumed to have been kidnapped by the jihadists, the agency reports Liman saying.

The bodies were taken to Zabarmari village, two kilometres away, where they would be kept ahead of burial on Sunday, said resident Mala Bunu who took part in the search and rescue operation.