The rate at which Nigerians take laws into their hands is becoming alarming.

A number of prominent individuals have expressed outrage after two boys were allegedly burnt alive for allegedly stealing a mobile phone.

Femi Fani-Kayode joined to express outrage after photos of the boys stripped naked with a tyre placed on them went viral. Another photo shows fire blazing, allegedly burning the boys’ bodies.

Tragic as Mother And Her Two Children Burnt To Death

According to reports, the boys were caught trying to escape after stealing a woman’s phone at Komarock Estate, Nairobi, Kenya, on Saturday, August 8. They were allegedly nabbed by bike riders who then beat and stripped them before burning them alive, using parts from a motorcycle to feed the fire.

“They removed part of the motorcycle, bought petrol and used it to end the lives of the two young boys,” a shop keeper in the area said.

“It is time the youth stop involving in crime since the fruits are so bitter. But members of the public should also not take action into their own hands,” he said.

Condemning the barbaric attack after it went viral, Femi Fani-Kayode wrote: “How can a nation, a continent and a people that indulge in this type of wickedness ever escape God’s wrath? You burn two children alive simply because they stole a mobile phone? God have mercy on you and all those that support and encourage this savagery and barbarity. Jungle justice is NO justice: it is madness!” 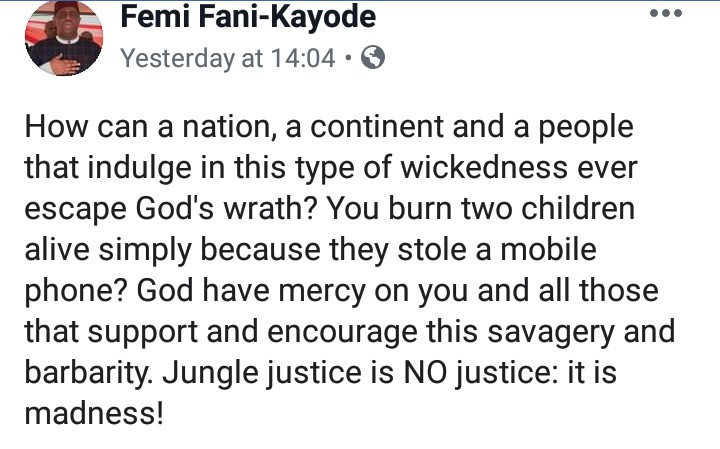 I Opened My Daughter’s Room Without Knocking, And I Saw The Most Heartbreaking Thing Ever

Anja Loven threatened to “hunt down” the perpetrators as she mourned the boys who she says are around the same age as her son. 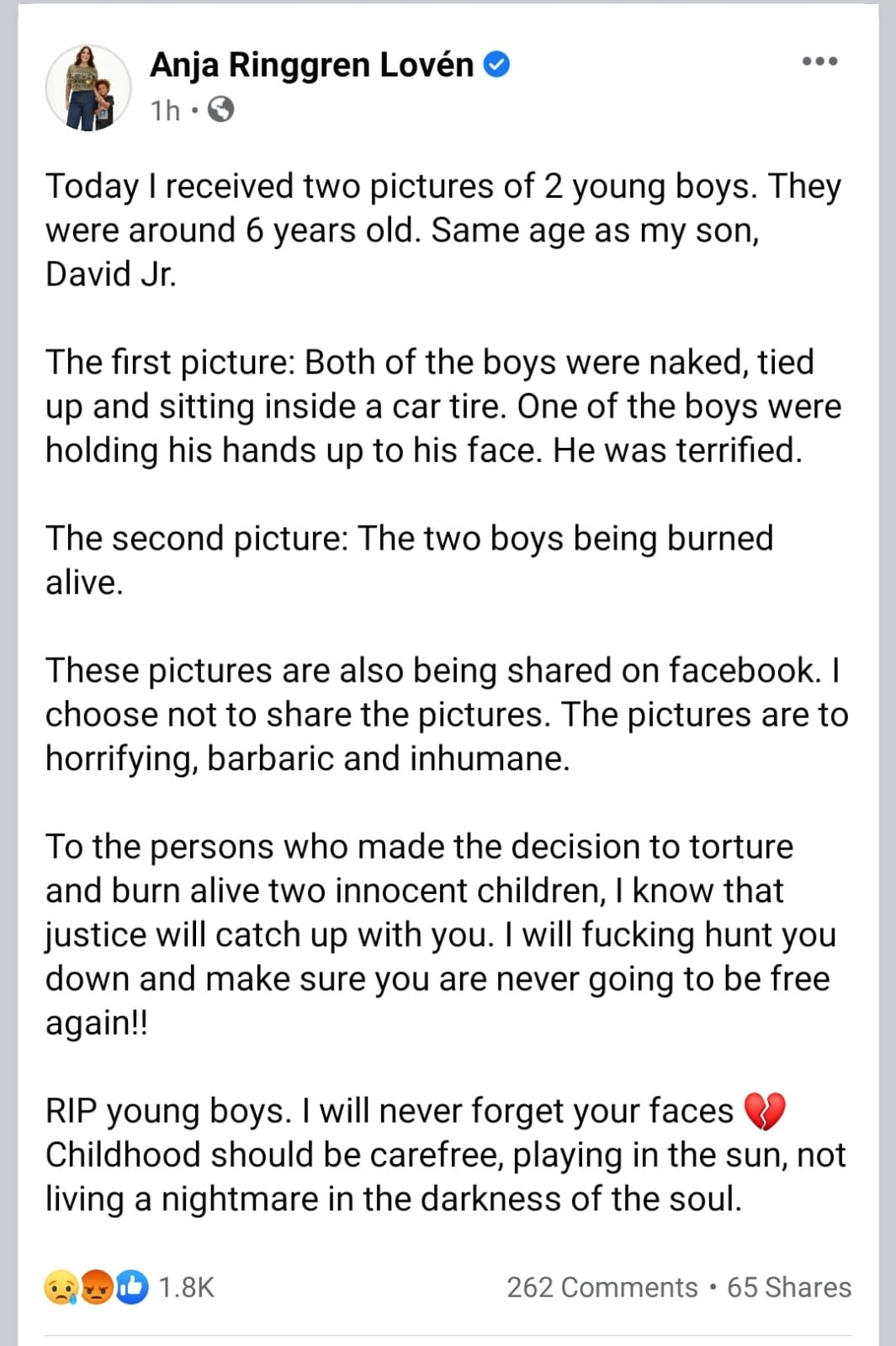 Anja, who lives in Nigeria, did not state how she intends to hunt down the killers in Nairobi.

Please Help Me, No Man Has Ever Approached Me Before Since I Was Born and I Feel Like Ending My Own Life Soon