The distraught father of Gospel Gbaraka, a security guard, who was allegedly killed by a police officer in Rivers state, has threatened to commit suicide if he doesn’t get justice.

Recall that the 28-year-old Accounting graduate of Imo State University, was allegedly shot dead by a Marine Police officer attached to a company at Abonnema wharf in Port Harcourt, on Sunday, November 22. 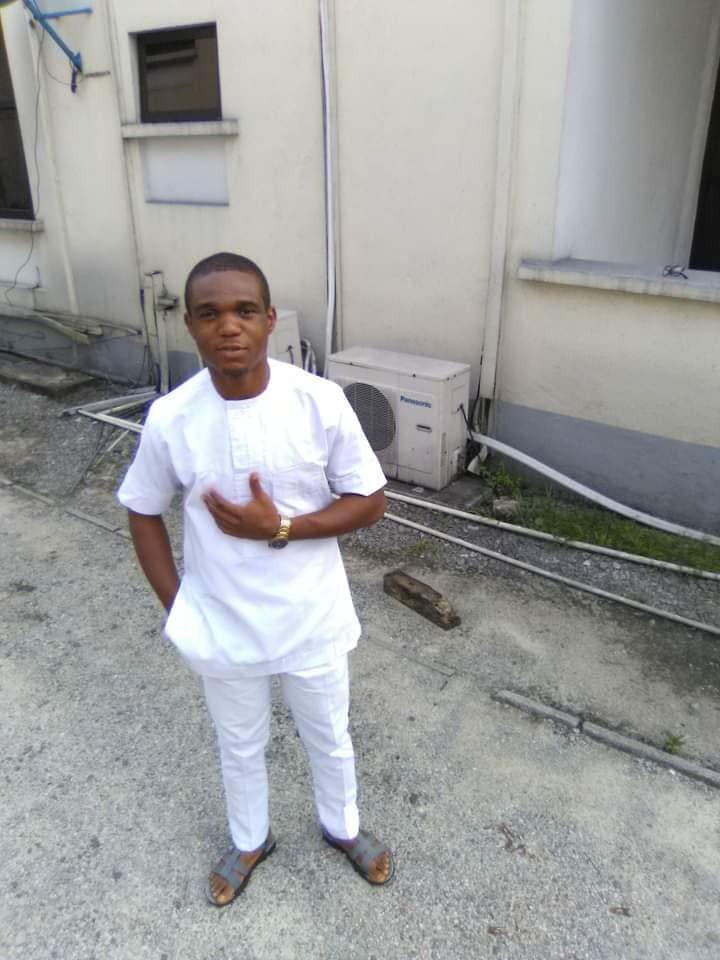 Although it is still unclear what transpired between the two, it was gathered that Inspector James allegedly shot the the victim in the head. The corpse has since been deposited at the University of Port Harcourt Teaching Hospital mortuary.

Speaking to journalists on Monday, November 23, the deceased father, Innocent Gbaraka, a 62- year- old retiree from Gwara community in Khana Local Government Area, said he didn’t have any more reason to continue living after his son’s death.

“I was in Church when someone came to inform me that my son who left the house for work is dead. I thought that it was a joke until the person that informed me took me to UPTH where I saw my son in his security guard uniform laying dead in a pool of his own blood,” he said.

Mr Gbaraka said when he learnt that the police officer was detained at Mile One police station over the incident, his family approached the station to know what led to his son’s death.

“So, when the investigating police officer (IPO), who said his name is Innocent, told us inspector James that killed my son was detained at Mile One police station we went there to know what really happened. But instead of explaining the situation to us, we were harassed and beaten up. The policemen threw my wife and daughter out of the place. They said we should go to marine police station.”

He said his slain son who was an accounting graduate from the Imo state polytechnic was his family’s breadwinner and his only hope.

“I don ’t know what my first son did to the policeman that killed him , all I want now is for justice to prevail . I don’ t have anybody that is why I haven’t stopped crying since the incident, my son was my only hope, he was a graduate of the Imo State Polytechnic. I’m finished, my son has always cared for me and his mother,” the grieving father lamented.

“I want to hang myself because that is the best thing for me to do now, the only thing I am waiting for now is justice, if justice does not prevail, then I have nothing to continue living for, he was supposed to bury me, not me burying him.” he added.

Meanwhile, spokesman of the State Police Command, Nnamdi Omoni, who confirmed the incident said that appropriate action was being taken.

“I spoke with the divisional police officer (DPO)  who confirmed it to me. So we are awaiting the details.” said Omoni.