When Super Eagles take on Guinea-Bissau at the Roumde Adjia Stadium on Wednesday, they will be looking to keep their perfect record at the Africa Cup of Nations intact.

The game is a must-win for the Djurtus, who have only one point from their first two games and are in danger of being eliminated.

Guinea-Bissau’s chances of reaching the round of 16 were severely harmed last Saturday when they were defeated 1-0 by Egypt.

After putting on a classy defensive display for the majority of the game, Liverpool’s Mohamed Salah came up trumps for the Pharaohs by scoring the game’s only goal in the 69th minute.

Baciro Cande’s team had previously been held to a goalless draw by a tenacious Sudan side when they met at the Roumde Adjia Stadium last Tuesday.

The Djurtus need a win to keep their slim qualification hopes alive, as they are currently tied with Sudan on one point and two points behind second-place Egypt. 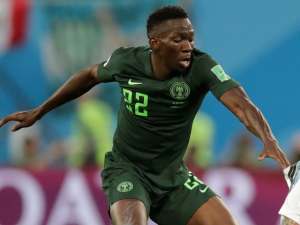 Guinea-Bissau, on the other hand, is in poor form, having failed to win any of their last six games in all competitions, drawing three and losing three, and failing to score in all six games.

Nigeria, meanwhile, joined host Cameroon and 1976 champions Morocco as the latest team to qualify for the knockout stages after a comfortable 3-1 victory over Sudan.

Samuel Chukwueze and Taiwo Awoniyi scored to give the Super Eagles a two-goal lead at halftime, and after Moses Simon equalized shortly after the break, Walieldin Khidir equalized for the Falcons of Jediane with a penalty conversion in the 70th minute.

Prior to that, Augustine Eguavoen’s men got off to a flying start in the tournament, defeating Egypt 1-0 thanks to a 30th-minute strike from Leicester City forward Kelechi Iheanacho.

Nigeria is unbeaten in their last five games in all competitions, with four wins and one draw since a 1-0 loss to the Central African Republic in November.

For the first time since 2006, when they defeated Senegal, Zimbabwe, and Ghana in Group D, the Super Eagles will look to keep the momentum going and make it three wins from three AFCON games.

The return of Jonas Mendes and Jorginho, who were in action against Egypt last time out after missing the opening game against Sudan due to COVID-19, will give Guinea-Bissau a boost.

Maurice Gomis, the goalkeeper, and Joseph Mendes, the 30-year-old forward, will not play in Wednesday’s game because they are in isolation after testing positive for the virus.

Meanwhile, with a spot in the round of 16 already secured, Eguavoen may make a few changes down the spine of the team, with key players like Wilfred Ndidi, Joe Aribo, and Moses Simon taking a break.

While the backline is expected to remain unchanged, Huesca midfielder Kelechi Nwakali could earn his first start after two solid cameo appearances off the bench in the first two games.

Ahmed Musa, a veteran forward, made his first appearance at the tournament when he came on as a 65th-minute substitute against Sudan last time out, and he could make his first start this time around.

Where is the match venue?

When is Guinea-Bissau vs Nigeria match taking place?

What time will the match start?

Kick off time for Guinea-Bissau vs Nigeria is 8:00 Pm  WAT.

Super Eagles have been one of the tournament’s most dominant teams, and they will look to establish themselves as genuine title contenders by winning three of their first three games. While Guinea-Bissau is expected to put up a valiant fight, we believe the Super Eagles will win this match.

Meanwhile, Panutche Camara, has backed Baciro Candé’s men to beat the Super Eagles of Nigeria when both teams clash in the 2021 Africa Cup of Nations (AFCON) tie on Wednesday.

Guinea-Bissau needs to beat Nigeria to have a chance of securing a spot in the AFCON round of 16.

The Djurtus currently have 1 point from two games after playing a goalless draw with Sudan and losing 1-0 against Egypt, while the Super Eagles have already qualified for the AFCON last-16 after beating both Egypt and Sudan.

But Camara has insisted that his team would fight hard to get a win against Austine Eguavoen’s side.

“The result against Egypt is unfair to us, but we still have a chance to fight for qualification,” Camara told the media ahead of the Nigeria clash.

“Against Nigeria, we will do our best to get a win. They are already through to the next round, maybe they will take things easy against us.”

The match will take place at the Roumde Adjia Stadium, Garoua and the kick-off time is 8 pm.