The police in Lagos state have arrested 29 year old Taiwo Akinola pictured above for trying to kill his mother, Alice Akinola so as to further his cyber fraud business ( yahoo.com) to the bloody or ritual level (yahoo plus). 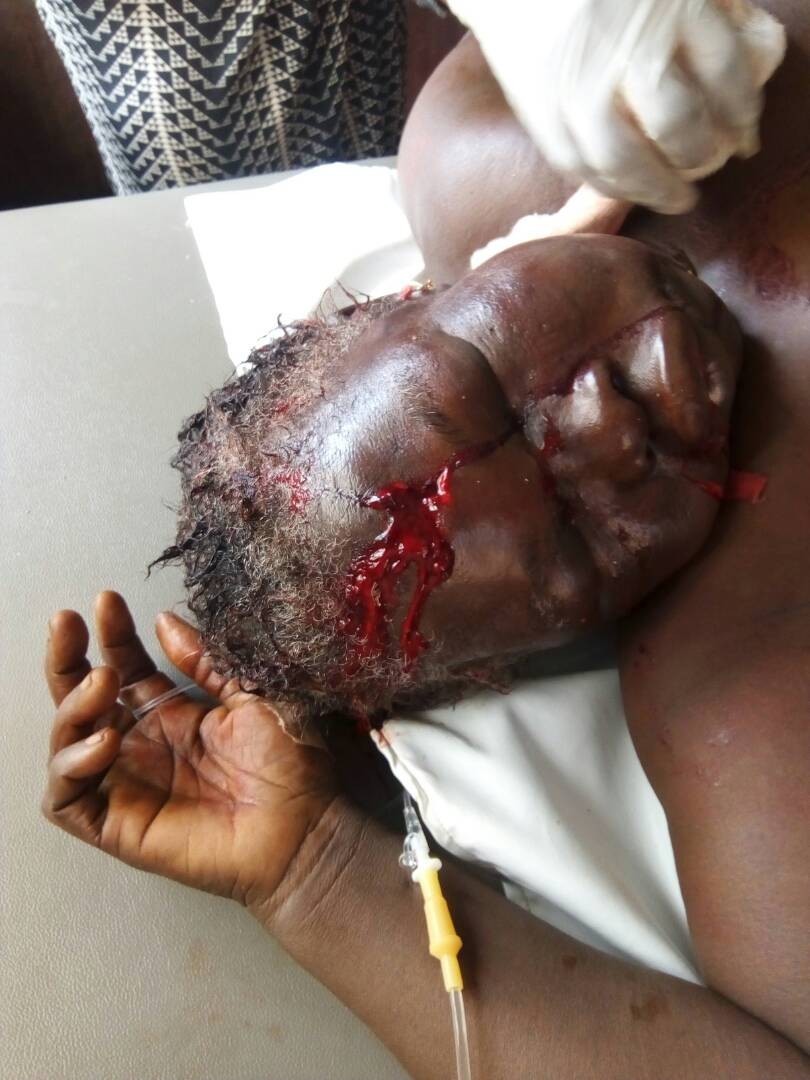 A statement by the police command spokesperson, CSP Chike Oti, says Taiwo who lives with his mother at No.2 Raji Ajanaku street, Alaja Road, Ayobo, Lagos, is a staunch member of the notorious Aiye confraternity.

At about 8am yesterday Sunday August 19th, Taiwo went to his mother’s provision store in front of their apartment and told her to meet him inside the house for an important discussion and at same time sent his nephew, Faruk to go buy him a white handkerchief and a stick of cigarette. 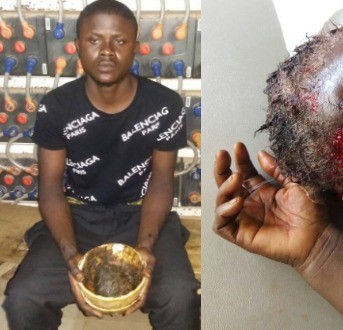 As soon as his mother entered the house, the suspect attacked her, smashing her head with a plank, pressing iron and a UPS charger to ensure she didn’t survive the ferocious attack.

When Faruk returned from the errand, he didn’t see his grandmother in the shop so he went into the house only to see the poor woman lying in a pool of blood. Shocked by what he saw, the small boy raised the alarm which attracted neighbours to the scene.

They called the Divisional Police Officer in charge of Ayobo Division who arrived the scene with his team and promptly arrested the suspect and secured the scene for further investigation by the police forensic experts attached to the Homicide section SCIID Panti, Yaba .

The victim was rushed to an undisclosed hospital for treatment and was found to be hanging onto life. Right now, the doctors are battling to revive Mrs Alice Akinola presently unconscious Meanwhile the CP has paid the initial hospital cost which enabled the doctors to commence treatment.

During a brief interrogation, the suspect disclosed that he was asked to kill his mother in order to have more money. When his room was searched, the following exhibits were recovered in it, viz:

The Commissioner of Police calls on Lagosians to rise against all forms of crime and criminality. He added that the Command defeated the Badoo cult group with the help of people who provided credible and timely information to the police .

He added that the time has come to root out the street cult groups. He notes that complacency is not an option in the face of threat to peace and security posed by these nefarious associations.