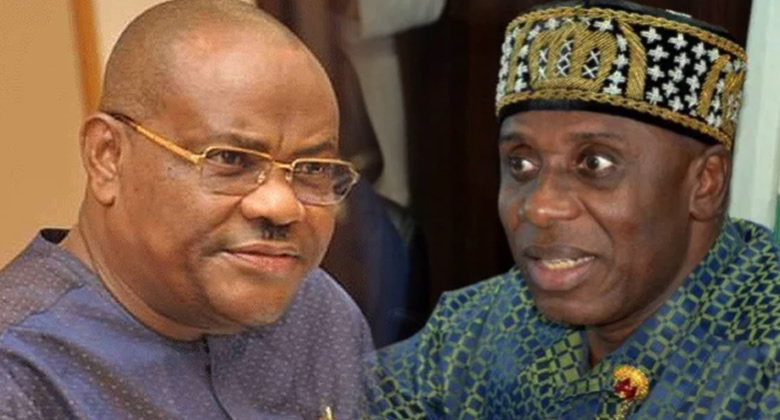 Rotimi Amaechi, the former Governor of Rivers State, has said he won’t join issues with his successor and current governor of the South-South state, Nyesom Wike, The PUNCH reports.

Amaechi, who is the Minister of Transportation, stated this on Thursday while featuring on an Arise TV programme, monitored by The PUNCH.

For some years, Amaechi of the All Progressives Congress and Wike of the Peoples Democratic Party have not been in good terms over certain political issues that concern the state.

Wike had on Wednesday accused the APC-led Federal Government of shielding Amaechi from prosecution over misappropriation of proceeds from the sales of some state assets.

The governor had said, “People gave you opportunity. You sold our properties, everything. And people are talking in this state because of the government that says they are fighting corruption and protecting people. You (Amaechi) sold our property for $308m and kept for us $208,000.

“That is the kind of people parading themselves in government, for a government that says they are fighting corruption, shame.”

The minister was also said to have labeled Wike a “drunk” but speaking on the television programme, Amaechi said he never called the governor a “drunk”.

The minister said, “I didn’t say that, that will be disrespectful of a governor; I only say that I don’t make statements under the influence of alcohol. Some people are attaching meaning to what I say.”

“I don’t think I want to address the issue of the governor, I have made my point, I have moved on. He was my staff, I can’t bring myself low. I was a governor, I was also a speaker, I’m a minister. I was two-term chairman of governors’ forum. The same when I was a speaker. Why should I be discussing about him (Wike)?” Amaechi asked.