According to reports, Otokhine died in an auto accident on his way back to Asaba on Saturday, May 14, after attending the traditional wedding of Nigeria Bar Association President, Olumide Akpata, in Benin City.

“I’m in excruciating pain right now.” Mr. Tony Otokhine recently passed away. “On political matters, he was a Senior Special Assistant to the Delta State Governor,” he wrote.

“We were just together at President of Nigeria Bar Association NBA Olumide Akpata’s traditional wedding ceremony in Benin City with His Excellency Governor Ifeanyi Okowa and other dignitaries just yesterday.”

“I remembered Tony telling me, Ossai, look at RMD over there, go meet him, and congratulate him on his new comedy skit with Mr Paul the comedian.”

“We laughed, and the governor immediately stood up, and that’s how we got back to Asaba, leaving him at the wedding.” I was taken aback when I learned of his death today.

“I heard he had an accident on his way back to Asaba today, and that was the end of it.” He’s gone in an instant, which is so sad. This is excruciating. Everyone who knew him can attest to the fact that he was extremely humble and kind to others.

“I’m going to miss him.” What sad news we have today. There is nothing worth killing ourselves for in this life.” 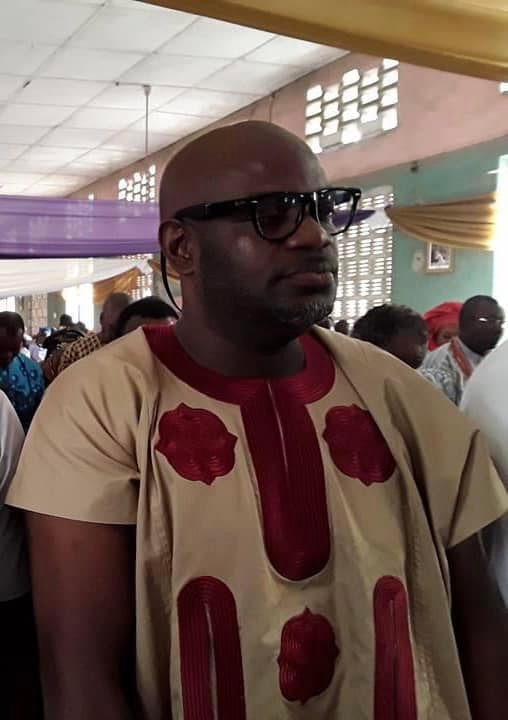 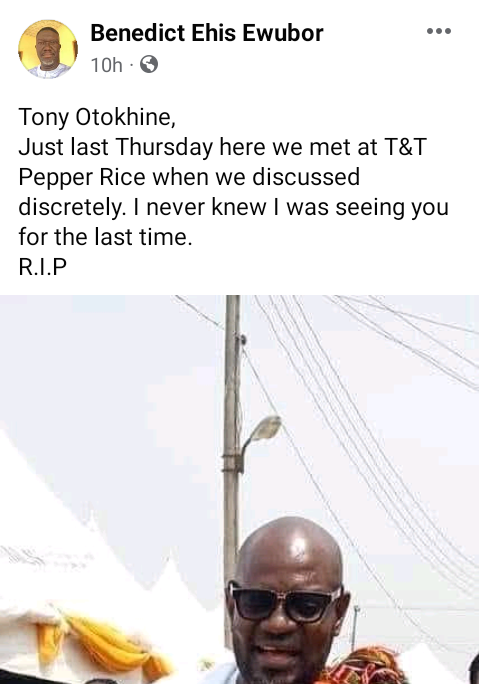 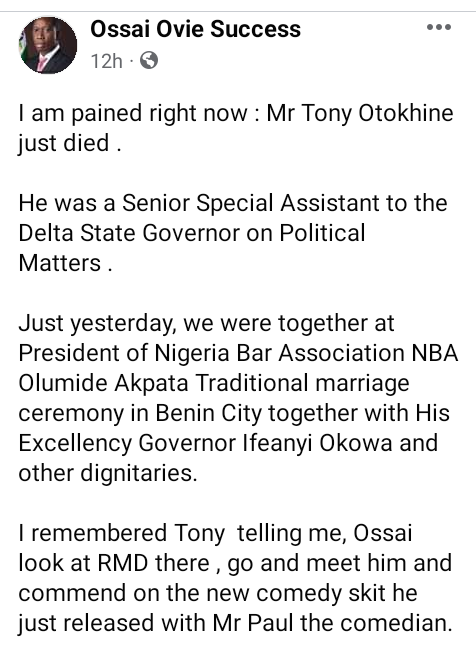 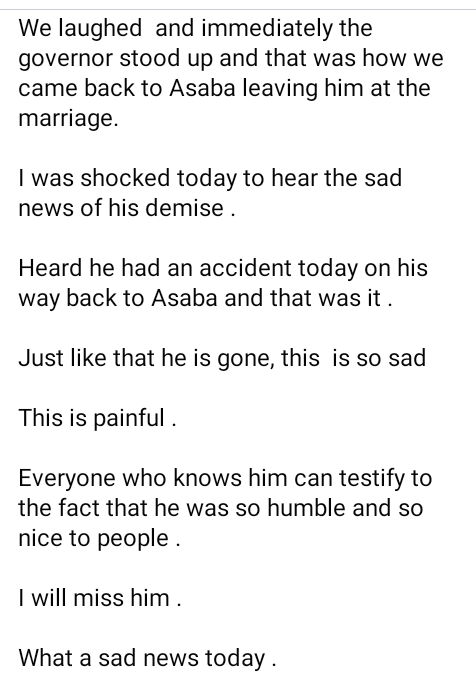 JUST IN: LASTMA officer slumps and dies on duty