On Sunday, twelve passengers on a commercial bus narrowly escaped death when it caught fire at the Onitsha bridgehead in Onitsha, Anambra State.

According to information obtained Ejes Gist Newspaper the incident, which happened at 1:02 pm, was caused by an electrical problem. 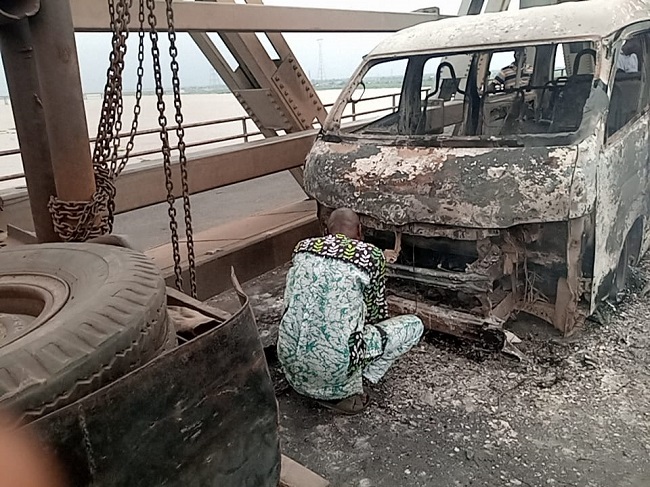 The occupants reportedly managed to escape the car without getting hurt.

Adeoye Irelewuyi estimated that the incident happened at about 1302HRS.

It was also discovered that the passengers on the bus, which was travelling from Warri to Onitsha, managed to flee before it caught fire.

Mr Adeoye Irelewuyi, the Anambra State Sector Commander of the Federal Road Safety Corp (FRSC), while confirming the incident, put the time of the incident at 1:02om, saying no life was lost.

“A Hummer bus is on flame inside the bridge. The fire service has been alerted. All passengers are safe. The bus has been removed. There is a free flow of traffic on both sections of the expressway,” he stated.