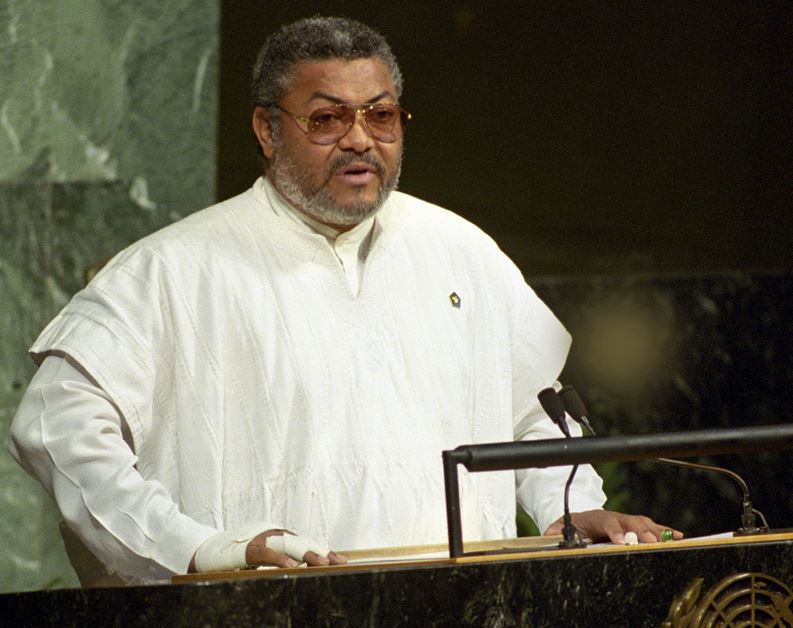 The burial ceremony of Jerry John Rawlings, a former president of Ghana has been fixed for December 23, his family has announced.

James Victor Gbeho, head of the funeral planning committee, said in a press release that the family in consultation with the government had agreed on the date.

The funeral rites for the country’s longest-serving head of state will take place at Independence Square in Accra.

Mr Gbeho said, “The family is working in conjunction with government on the finer details of the funeral ceremony and will communicate the arrangements in due course.”

The former President died on Thursday, November 12, 2020, at the Korle Bu Teaching Hospital in Accra after a short illness.

Late Rawlings ruled Ghana from 1981 to 2001. He led a military junta until 1992, and then served two terms as the democratically elected president of Ghana. When it failed, he was imprisoned, publicly court-martialed, and sentenced to death.

After initially handing power over to a civilian government, he took back control of the country on 31 December 1981 as the chairman of the Provisional National Defence Council (PNDC). He then resigned from the military, founded the National Democratic Congress (NDC), and became the first president of the Fourth Republic.

He was re-elected in 1996 for four more years. After two terms in office, the limit according to the Ghanaian constitution, Rawlings endorsed his vice-president John Atta Mills as a presidential candidate in 2000.

He is survived by his wife and children.