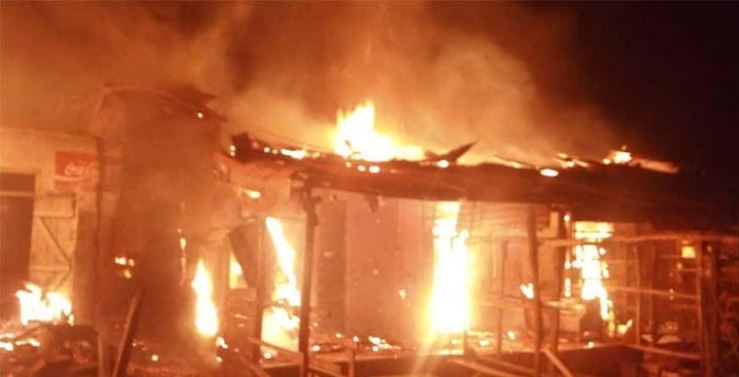 A four -bedroom bungalow belonging to a chieftain of the All Progressives Congress in Iju, Akure North local government area of Ondo state, Hon Muyiwa Jogbodo, has been razed by fire.

The building was completely razed as all the rooms, kitchen were affected.

The victim has been nominated to contest for the councillorship position in the area in the local government elections postponed indefinitely due to COVID-19.

Jogbodo, who said he lost everything he has worked for many years, pleaded with the Ondo State government to assist him.

“We are disturbed and concerned about this fire incident. I left here yesterday afternoon with my wife to attend to a matter at in Akure.

“A few minutes after, I received a phone call that our house has been gutted by fire. We rushed down to meet the complete house, all the rooms burnt simultaneously, leaving only the walls.

“Not a single one of them was spared. The fire lasted about fifteen minutes.

“There was total electricity outage yesterday and there was no gas explosion. So, where could it have come from? The way it happened gives room for suspicion.”.