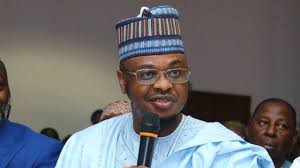 The Minister of Communication and Digital Economy, Isa Pantami, has announced the Federal Government’s plans to issue a deadline for Nigerians to connect their bank accounts to their National Identity Numbers (NINs).

After the Federal Executive Council meeting at the statehouse in Abuja, Pantami disclosed this to newsmen.

He revealed that the Bank Verification Number (BVN) would be replaced by the NIN because the latter was not supported by legislation.

Last year, Panatami set the timeline for telephone subscribers to connect their Subscriber Identity Module aka SIM cards with their NINs between December 16 and 30, last year. Failure to do so will deactivate the SIM cards.

The National Task Force on National Identification Number (NIN) and SIM registration granted another extension following an uproar by Nigerians over the timing of the directive that had led to subscribers crowding at the few National Identity Management Commission (NIMC) registration centres across the country in violation of the COVID-19 protocols.

The Federal Government, however, has extended the deadline further to April 6, 2021.