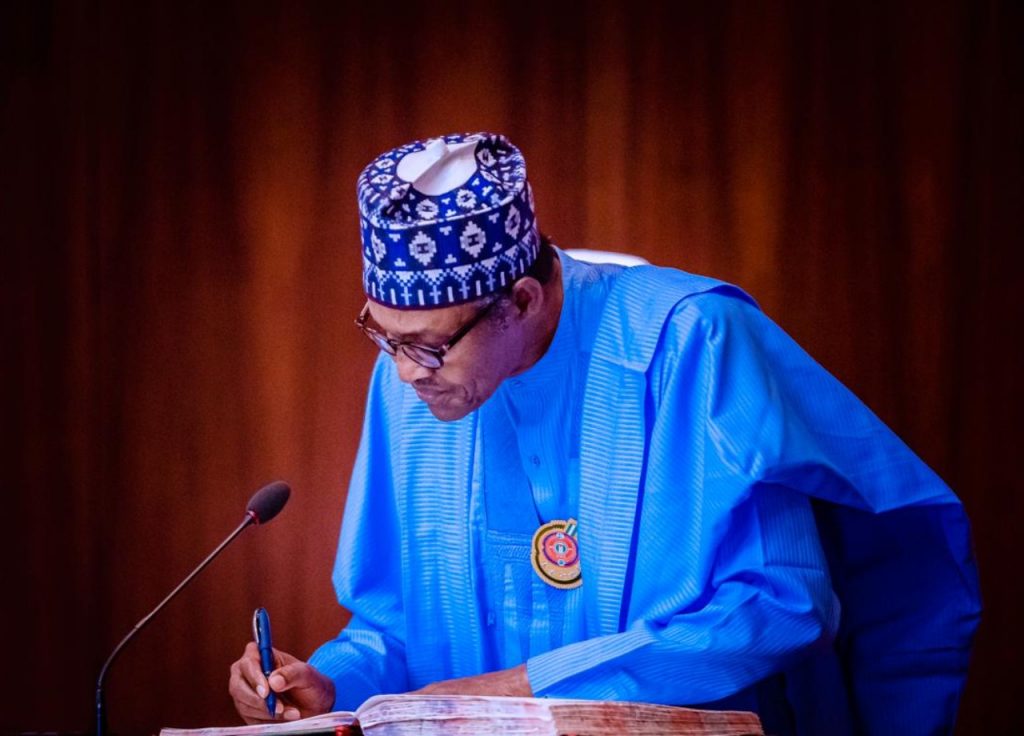 Nigeria’s President Muhammadu Buhari has given approval for the establishment of a National Centre for the Control of Small Arms and Light Weapons (NCCSALW).

The presidency made this public on Monday via Twitter:

President @MBuhari has approved the establishment of a National Centre for the Control of Small Arms and Light Weapons (NCCSALW) to be domiciled in the Office of the National Security Adviser.

This decision is part of ongoing restructuring of Nigeria’s security architecture to address emerging threats and strengthen regional mechanism for the control, prevention and regulation of SALW.

The impact of the proliferation of SALW across national borders in Africa and the Sahel region has resulted in terrorism, human trafficking, organized crime, and insurrections in West Africa and Nigeria.

Therefore, as one of the measures in tackling this threat, the new Centre will be fulfilling the requirements of the ECOWAS Moratorium on Import, Export, and Manufacture of Light Weapons as well as the UN Plan of Action to prevent, combat, and eradicate the illicit trade in SALW.

The NCCSALW will serve as the National Focal Point on SALW in Nigeria and lead a multi-stakeholder process involving Government Ministries, Departments, Agencies and the Civil Society in implementing all national, UN and ECOWAS Plans of Action on the control of SALW.

The Centre will maintain international cooperation and also operate zonal offices in the Six Geopolitical Zones to ensure quick response and effective mobilization of resources.

The pioneer National Coordinator, Rtd Major General AM Dikko has served in various capacities in and outside Nigeria. He was a Course Director at the Kofi Annan International Peacekeeping Centre and Chief Instructor of the Nigerian Army Peacekeeping Centre.

The pioneer Coordinator has vast experience working with the ECOWAS and the UN system and is expected to operationalize the objectives of the NCCSALW.

Woman begs court, ‘My husband steals from me, dissolve my marriage