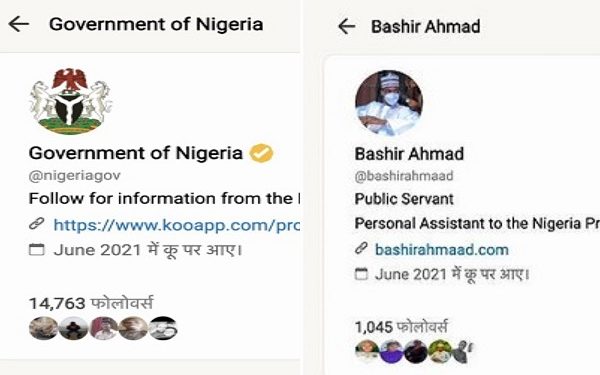 As a result of the  suspension of Twitter operations in Nigeria, the Federal Government has joined Koo, an Indian microblogging platform,.

The suspension of the platform since last Friday forced some Presidential aides and agencies to join Koo.

It was gathered that the Personal Assistant to President Buhari on New Media, Bashir Ahmad; Special Assistant on Digital and New Media, Tolu Ogunlesi and others have joined the app.

The Koo account, with the handle, “@nigeriagov” and username, “Government of Nigeria” has over 10,000 followers as at time of report.

Ahmad, who had already registered a Koo App account, took to his Facebook page to invite followers to join and engage with him on the new social media app.

“Just for trial to see how Koo works. Follow me,” Ahmad wrote

Meanwhile, Koo has announced its availability in Nigeria and readiness to add local languages on its platform.

Koo, developed by a Bengaluru-based startup, was introduced in India last year and has managed to secure funding of around $30 million from investors such as Tiger Global.

The Nation gathered that even in India, the emergence of Koo came in the backdrop of the Indian government’s several disagreements with Twitter over non-compliance with the new IT rules.

The law, which is Information Technology (Intermediary Guidelines and Digital Media Ethics Code) Rules, 2021 stirred controversy in India in the past months.

Except for Twitter, all other major platforms owned by Facebook, WhatsApp and Google have complied with the new IT rules 2021 in India.

Koo co-Founder, Aprameya Radhakrishna, who confirmed the platform is now available in Nigeria, said they are working on adding local languages.

He said: “A very warm welcome to the official handle of the Government of Nigeria on @kooindia! Spreading wings beyond India now”.

“Koo is now available in Nigeria. We are thinking of enabling the local language there as well. We are considering introducing a local Nigerian language into the Koo app.

“Nigeria is similar to India in terms of language diversity. It has hundreds of regional languages. Koo has a global outlook and will enable micro-blogging in countries that need it the most.

“We have built a scalable platform, and while we are still enhancing the product, it’s already available for use in multiple countries today.” 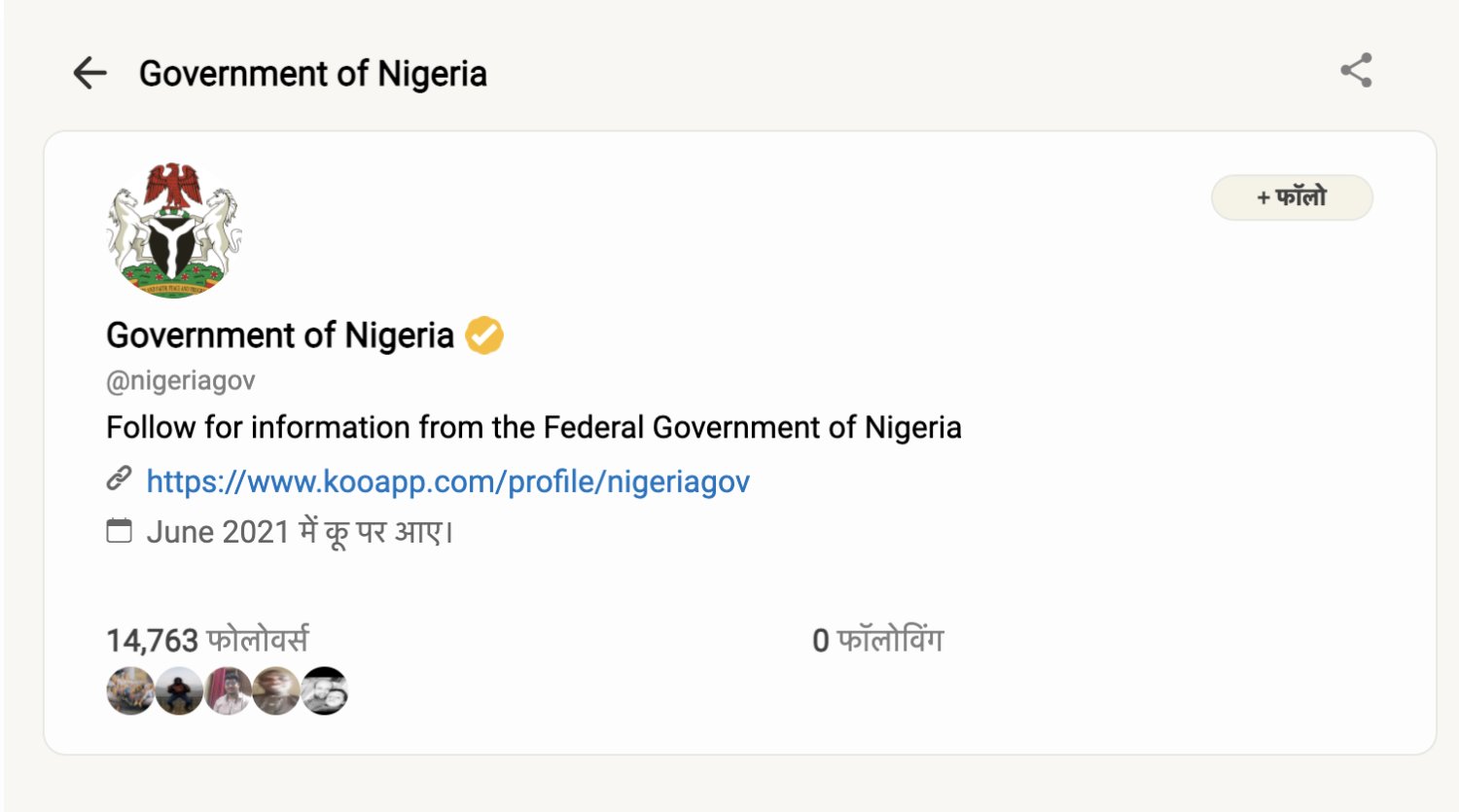