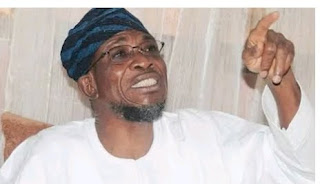 The incident, which was said to have happened early on Friday, threw Nigerians into panic, leaving several questions on the lips of many.

an employee of Obokun Local Government Area, and a yet to be identified young man, died shortly after the meal while others, who also ate the same food, were rushed to the hospital where doctors had been trying to save their lives.