Ejes Gist Nigerian News
Home Latest News from Nigeria Today Family Petitions Police IG Over Mysterious Disappearance Of Daughter At Delta Monarch’s...
Facebook
Twitter
Pinterest
WhatsApp
Linkedin
Telegram
Email
Print
ReddIt
Mix
In the petition, Ibrahim Ngada, who is the lawyer representing the family, said Mary was last seen at the palace on December 24, 2020 and had no arrangement with her in-laws over any traditional practices. 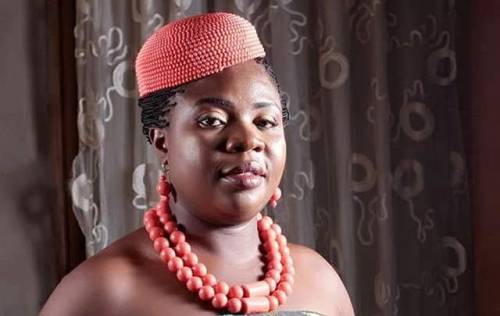 According to a report by SaharaReporters, the Stephen Okoi family of Cross River State has petitioned the Inspector General of Police, Mohammed Adamu.

The family petitioned the IG over the disappearance of Mary Stephen Okoi at the the palace of her husband’s grandfather, Igwe Ugbome II of Okpai Kingdom, Umuada Quarters in the Ndokwa East Local Government Area of Delta State.

In the petition seen by SaharaReporters, Ibrahim Ngada, who is the lawyer representing the family, said Mary was last seen at the palace on December 24, 2020 and had no arrangement with her in-laws over any traditional practices.

She was said to have departed her residence at 45, Ujuju street, off Umusan Road, Kwale, in Delta State alongside her daughters, Louisa and Chisom, for Okpai on the said day at the request of her husband’s great grandmother, Mrs. Igwe Ugbome, and has since not been seen by the Okoi family.

The petition added that Mary’s husband, Collins Okpo Ugbome, called her younger sister, Blessing Bassey, who resides in Edo State on December 25 to inform her that her sibling left the palace the previous night and had not returned.

“Our client and his entire family are affronted, aggrieved, distressed and very much concerned about this mysterious disappearance of Mrs. Mary Stephen Okoi and we therefore vehemently consider it very imperative that we bring this formal complaint to your humble self and urge you Sir, to use your good office to intervene in this potentially dangerous situation of a missing human life and treat the matter with utmost urgency, which you are known for by leaving no single stone unturned to unravel the truth of the matter and ensure that justice prevails against all and sundry for Mrs. Mary Stephen Okoi,” the petition read.

The family called for a detailed investigation by the police and to ensure justice is done for Mary.

It added that the palace security architecture includes guards manning different points 24 hours a day and CCTV cameras which could have aided in knowing her whereabouts.