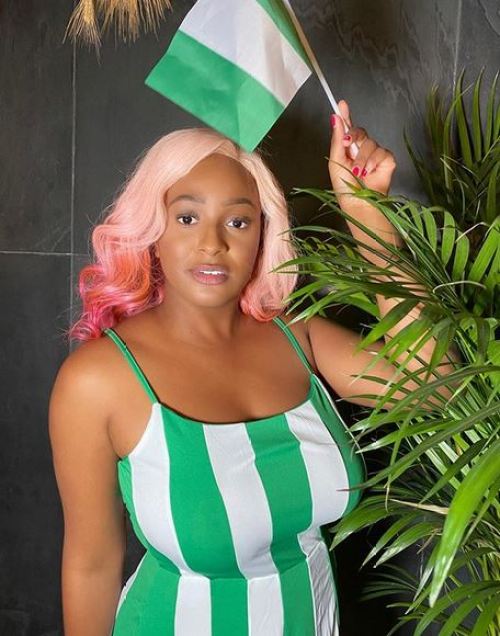 DJ Cuppy, a popular Nigerian disc jockey and daughter of billionaire, Femi Otedola, has spoken up following the #ENDSARS protest currently going on in the country.

In a post shared on her Twitter handle, Cuppy pointed out that she would be lying if she said she is directly affected by SARS but since her fans who she refers to as cupcakes are affected by the police unit, she had to speak up.

”Going against the advice of those around me, but it doesn’t feel right. Silence can say so much. My fellow Nigerians, forgive me for taking so long to comment

I would lying if I said I’m DIRECTLY affected by SARS but a lot of my Cupcakes are and that’s enough for me to care. I stand behind the movement to #EndPoliceBrutality AND #EndSARS ” her tweet reads. 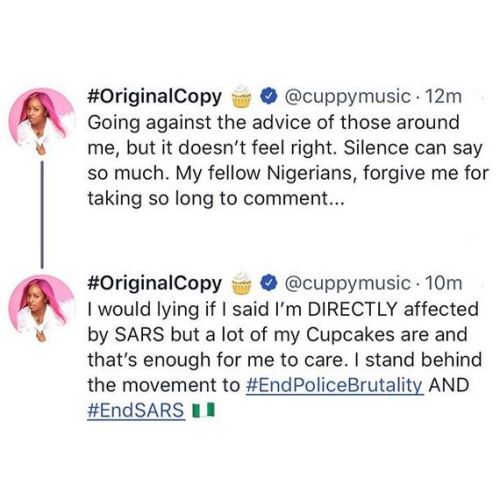 Any Lady Not Satisfied With Flowers & Chocolates Not Wife Material – Relationship Expert, Joro...