On Wednesday, Sawaba, one of the most powerful figures in Fuji’s music industry, passed away.

In March 2022, he was observed in Lagos at the Radisson Blu Hotel in Ikeja GRA for the first colloquium of late Sikiru Ayinde Barrister.

In the 1970s and 1980s, the veteran Fuji musician enjoyed a successful career in the Fuji music industry.

Meanwhile, Damilola Grace Olakanmi, a Nigerian student living in the United Kingdom, died after consuming cannabis sweets, according to reports.

The 23-year-old University of Hertfordshire business law student is said to have ordered the “gummies” through a messaging app on her phone and had them delivered to her house.

According to the Evening Standard, the couple consumed sweets packaged as “Trrlli Peachie O’s.” 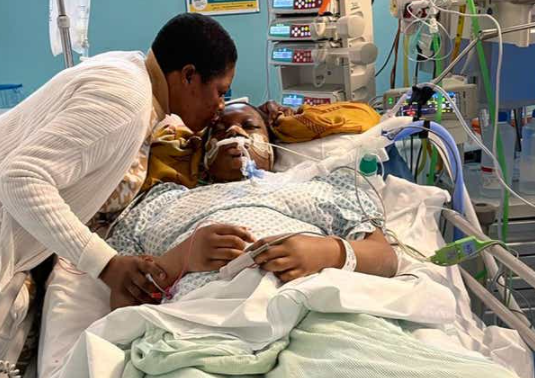 Olakanmi was flown to Queen’s Hospital in Romford by air ambulance in a critical condition.

Doctors later released Olakanmi’s friend, who happens to be a student from the United States visiting the UK, from the hospital, according to reports.

Wunmi, the student’s mother, was consoled by Richard Taylor, a justice campaigner and relative. She kept a vigil by her daughter’s bedside as she fought for her life in an east London hospital, where she died on Saturday.

“Wumi has lost her only child and is now without anything. “Every time a friend came to the house to offer support, she would break down,” Taylor explained on Sunday.

“It’s a tragic warning to all young people about how they live their lives,” says the author. They should be able to resist drugs.

“Damilola was a bright young woman who should have been planning her future and starting a family. She was a law student.”

Why Buhari can not sack CBN Governor, Emefiele – Aisha Yesufu

Recovered Covid-19 Patient Snubs Her Dad and Goes Home With the Man She Met...