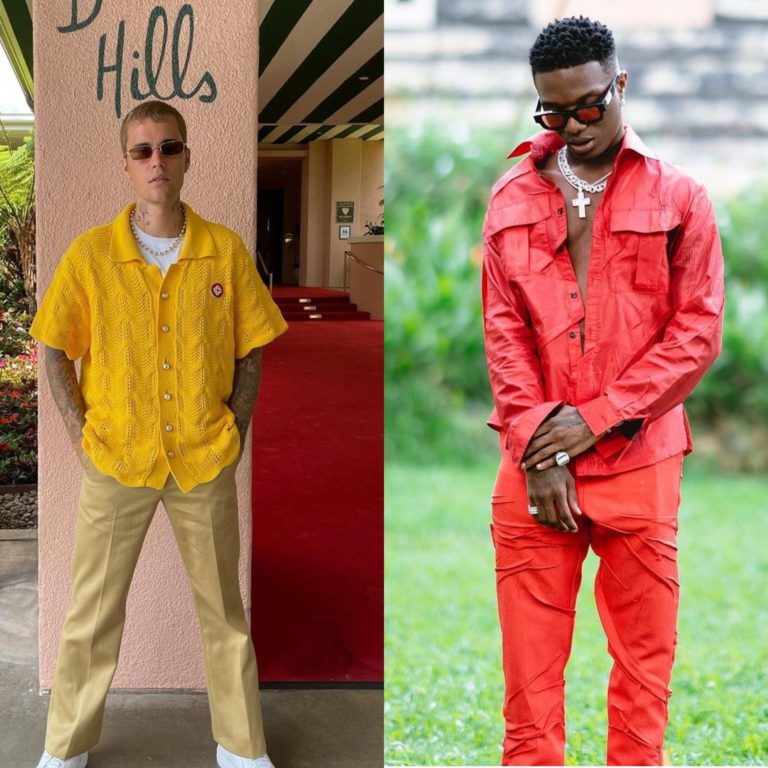 Justin Bieber has expressed gratitude to Nigerian superstar Wizkid for allowing him to appear in his summer hit song “Essence” from his Made-In-Lagos(MIL) album.

On Instagram, Bieber expressed gratitude to Wizkid for the feature, posting a photo with all three artists’ names on top of the song’s title.

Thank you for letting me jump on the summer song,” “The Essence remix is now available,” he wrote.

With a certified hitmaker as a feature, the song, which is currently at No. 59 on the Billboard Hot 100, is set to soar to the top of the charts.

At the end of August 2021, Wizkid plans to release a deluxe edition of his seminal album Made In Lagos.

I am Yet To Be Successful- Wizkid