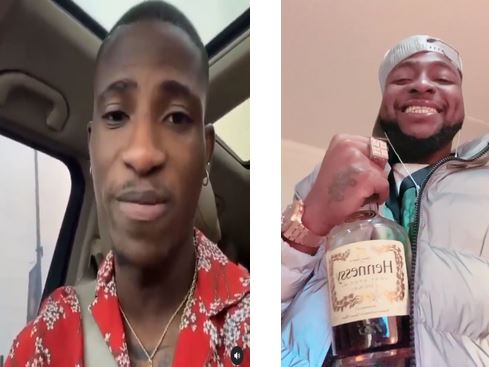 According to the actor, he was out with his friends last night at a place drinking and all of a sudden, Davido and his crew showed up.

He says they came to meet them at their table, but he was like, they can’t chase them away from here, because they came before them and had bought a lot of drinks too. He said Peruzi then replied, they would join them.

He said he didn’t argue, but kept his attitude of ‘na we get here first’. He said despite his attitude and all, when Davido finally sat, he still joked and laughed with him.

Sharing a video of himself narrating what happened, Alesh said Davido just gained a fan and begged other Nigerians never to judge anyone with whatever they have heard about him/her until they have an encounter with the person.