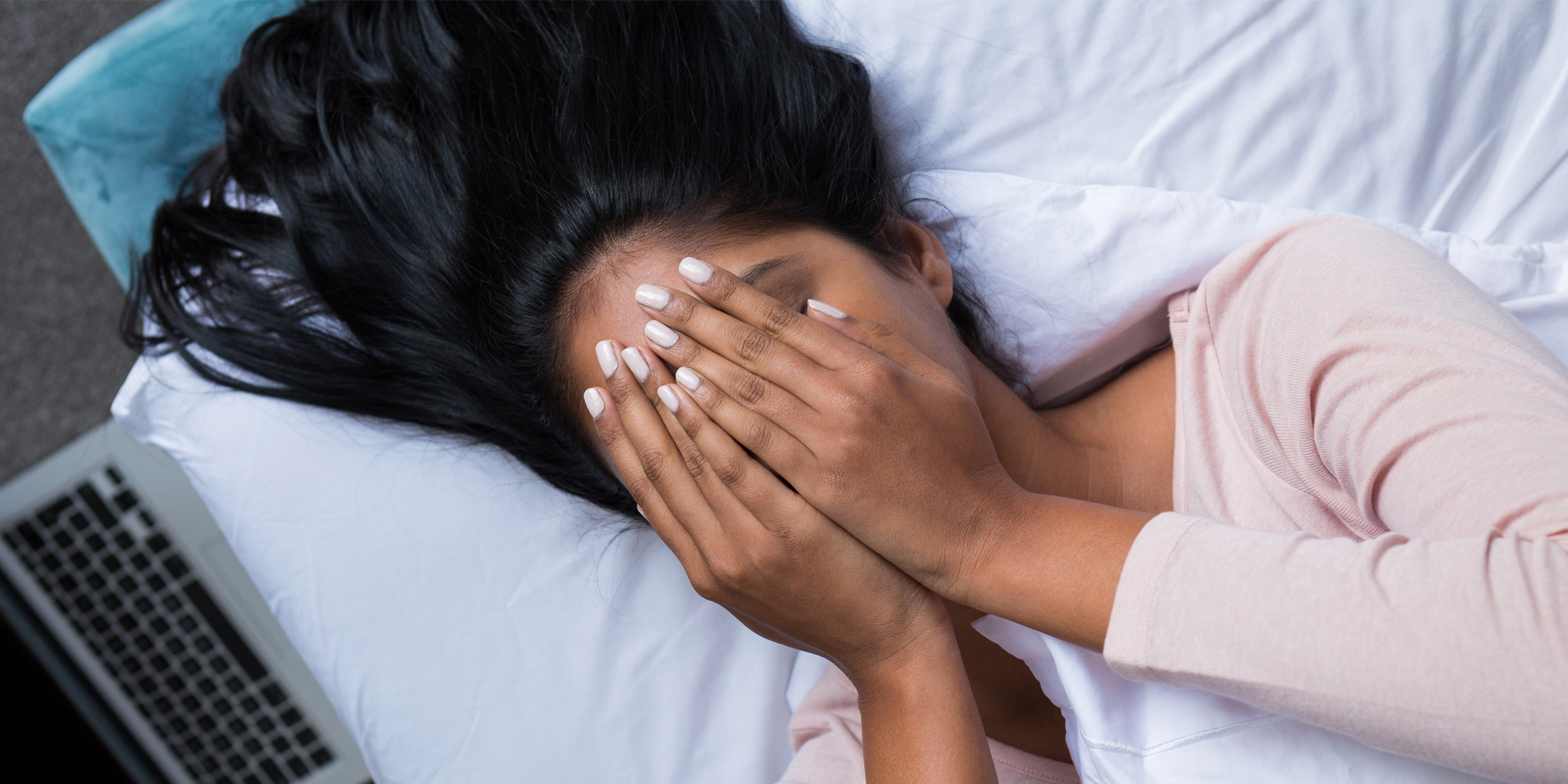 Nigerians who have snoring issue can find help by reducing their weight, according to information given by Dr Oluwafemi Ojo.

He also explained that if the issue is too complicated, the individual could undergo surgery.

The consultant pulmonologist at the Lagos State University Teaching Hospital spoke to Punch explaining the dangers of snoring and how it can be stopped.

Why do people snore?

Snoring is caused by the flow of air through a narrowed airway space. It is a symptom of obstructive sleep apnea. Obstructive sleep apnea, itself, is a sleep disorder in which breathing stops involuntarily for brief periods of time during sleep. Normally, air flows smoothly from the mouth and nose into the lungs at all times. Periods when breathing stops are called apnea or apneic episodes. In OSA, the normal flow of air repeatedly stops throughout the night. There are several types of sleep apnea, but OSA is the most common. Untreated sleep apnea can cause other serious health problems.

In adults, the most common cause of obstructive sleep apnea is excessive weight and obesity, which is associated with the soft tissue of the mouth and throat. During sleep, when the throat and tongue muscles are more relaxed, this soft tissue can cause the airway to become blocked. Evidence shows that weight loss causes marked improvement in symptoms. Sleeping on the back can aggravate sleep apnea.

Is OSA a serious health challenge?

Sleep apnea is characterised by episodes of decreased oxygen supply to the brain and other parts of the body. Sleep quality is poor, which causes daytime drowsiness and lack of clarity in the morning. People with sleep apnea may also experience symptoms like headaches that are difficult to treat, feeling disgruntled (grumpy), forgetfulness and drowsiness. Other symptoms include worsening depression, poor job and school performance, loss of interest in sex, leg swelling (called oedema, which can occur when sleep apnea is severe), daytime drowsiness, which puts people with sleep apnea at risk for motor vehicle crashes and industrial accidents.

Does OSA come with the same symptoms in children and adults?

There are differences between obstructive sleep apnea in children and adults. Children are more likely to have behavioral problems. In children, the most common underlying condition is enlargement of the adenoids and tonsils. Infants and young children with obstructive sleep apnea don’t always snore. During sleep, signs and symptoms in children with sleep apnea may include snoring, pauses in breathing, restless sleep, snorting, coughing or choking, mouth breathing, nighttime sweating and bed-wetting. During the day, children with sleep apnea might perform poorly in school, have difficulty paying attention, learning problems, behavioral problems, poor weight gain, and sleep terrors (episodes of screaming and intense while asleep).

Snoring is common among Nigerians. Does that also mean a prevalence of OSA in Nigeria?

OSA may be more prevalent in Nigeria than previously predicted. Obesity independently increased the risk of OSA. In a report from Abuja, the overall prevalence of snoring among adults was 31 per cent.

Many people who snore are often criticised. Do these people deserve criticism or medical help?

Many of those with this condition get criticised by the people close to them, especially married couples. Some have been labelled as being ‘really sick’ with their obesity and snoring. There is sadly often a feeling of shame that comes with it. Some feel embarrassed that their weight struggle could have led to this condition. There is absolutely no shame in having sleep apnea. This is a medical condition, just like diabetes, hypertension or obesity, which is important to treat. People of all shapes and sizes can suffer with sleep apnea. There are available treatment options to help people with this condition.

Snoring is believed to be a major source of disagreement among young couples and partners. Are there home remedies?

OSA may cause sleepiness, fatigue, and may be associated with mood or affective disorders, which could lead to loss of interest in intimate relationships. It can also cause a decrease in overall sexual satisfaction in men. A wife’s sleep may, indeed, be deprived due to the husband’s noisy nights. This is not a mild problem. The lack of sleep for both partners puts a strain on the marriage and creates a hostile and tense situation. However, there could be a significant improvement following treatment with continuous positive airway pressure or oral appliances.

Can you briefly explain the factors that put one at risk of obstructive sleep apnea?

Why are men, especially the elderly, prone to OSA than women?

Generally, men are twice as likely as premenopausal women to have obstructive sleep apnea. The frequency of obstructive sleep apnea increases in women after menopause. The differences in upper airway shape between men and women could theoretically increase the risk for sleep apnea by making the airway more likely to collapse during sleep. Studies in normal subjects have shown that the upper airway is larger in men than in women.

How can OSA be diagnosed?

The diagnostic standard for obstructive sleep apnea is nocturnal polysomnography in a sleep laboratory. Home sleep apnea tests can be performed for certain patients but may be less accurate. Under certain circumstances, patients are provided with an at-home version of polysomnography to diagnose obstructive sleep apnea. This test usually involves the measurement of airflow, breathing patterns and blood oxygen levels, and possibly limb movements and snoring intensity.

How can weight loss help in the treatment of obstructive sleep apnea?

If overweight and obese people lose weight, it would make both sleep apnea and other health problems, including heart disease, go away. Losing just 10 per cent of body weight can have a big effect on sleep apnea symptoms. This can also reduce the severity of OSA by 50 per cent in moderately obese patients. In some cases, losing a significant amount of weight can even cure the condition.

What are the other remedies and how do they work?

Lifestyle remedies can play a major role in the treatment of OSA. These include sleeping on the side rather than with the back, avoidance of smoking and alcohol, exercises, like yoga, and use of oral appliances for mandibular support. CPAP and oral appliances work well, but they are not cures for sleep apnea. The only sure way to address the condition for good is to either lose weight or have surgery to remove excess tissue from the palate or throat. Surgery can have side effects, which is why it’s usually viewed as a last resort.

When is surgery necessary for an OSA patient?

If the patient cannot tolerate CPAP therapy or remains symptomatic despite compliance, surgical airway correction should be considered. Surgical interventions for OSA attempt to alleviate symptoms by improving the strength of the upper airway and lessening the severity of airway obstruction.

What are the complications that could result from surgery?

Patients with sleep apnea are at increased risk of having perioperative complications, including hypoxemia, pneumonia, difficult intubation, myocardial infarction, pulmonary embolism, atelectasis, cardiac arrhythmias and unanticipated admission to the ICU. General anaesthesia can be dangerous for people with obstructive sleep apnea. The condition makes anaesthesia riskier because it slows down breathing and can make patients more sensitive to its effects. Sleep apnea also can make it more difficult to regain consciousness and take a breath after surgery.

Is it true there are machines used in the treatment of OSA?

With obstructive sleep apnea, patients may benefit from positive airway pressure. In this treatment, a machine delivers air pressure through a piece that fits into the nose or is placed over the nose and mouth while the patient is sleeping.

Two of the most widely used and most effective are continuous positive airway pressure and dental appliances or mouth guards. With CPAP, the air pressure is somewhat greater than that of the surrounding air and is just enough to keep the upper airway passages open, preventing apnea and snoring.

Although CPAP is the most common and reliable method of treating sleep apnea, some people find it cumbersome or uncomfortable. Some people give up on the CPAP machine, but with practice, most people learn to adjust the tension of the straps on the mask to obtain a comfortable and secure fit.

When is National Girlfriend day? History and how to celebrate it