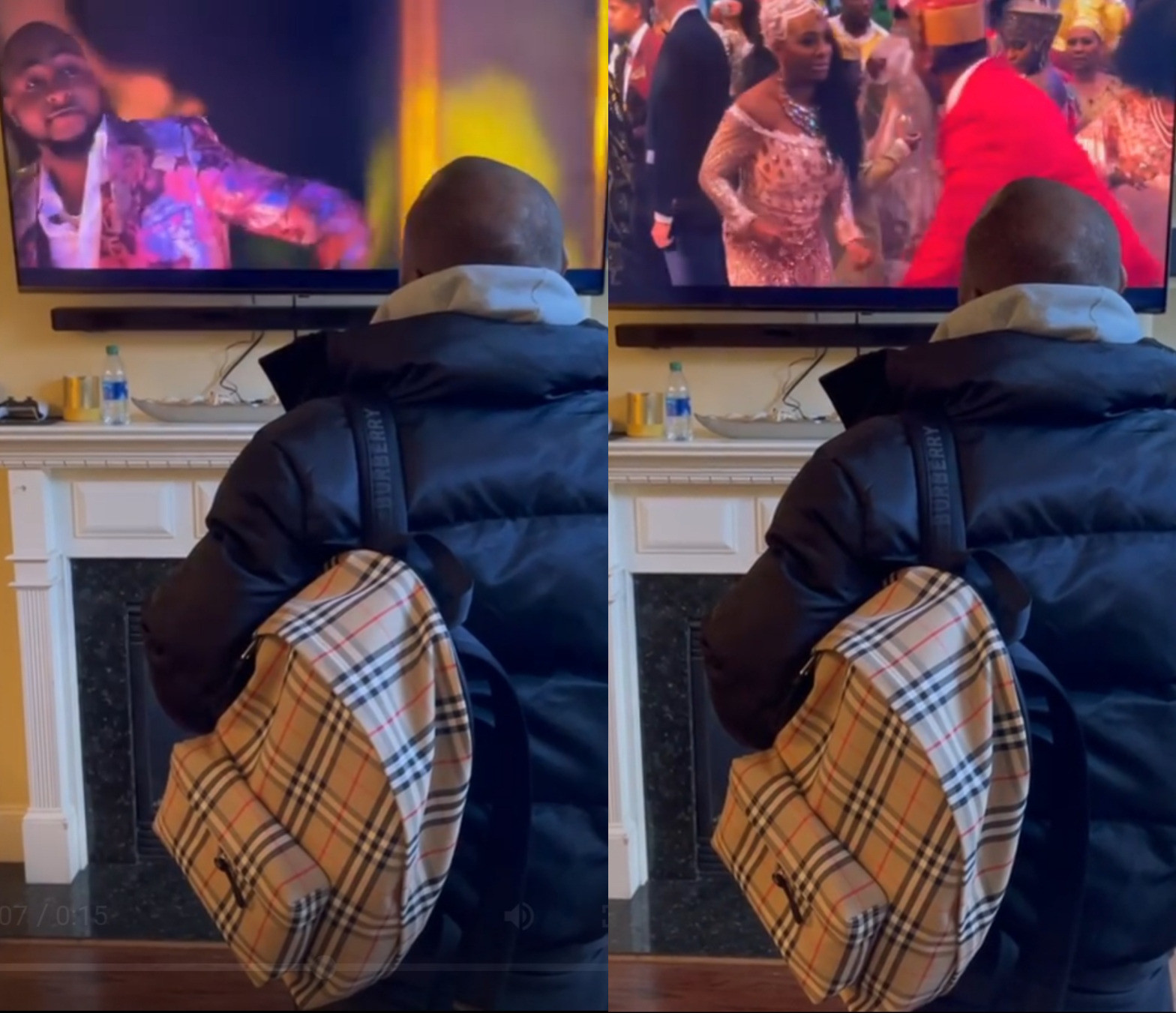 Davido, a Nigerian singer, appeared in the sequel of  Coming 2 America and was caught on camera watching himself in the film.

Davido is seen performing on stage in front of a packed room in Coming 2 America.

ALSO READ : Man Dies After His Face Got Ripped Off By 7 Dogs While He Was Having Morning Walk (Photos)

As he watched the scene in which he appeared, he seemed ecstatic. “It’s an absolute pleasure sharing a set with a few legends that held the key to my childhood laughs,” he wrote on his Instagram page. 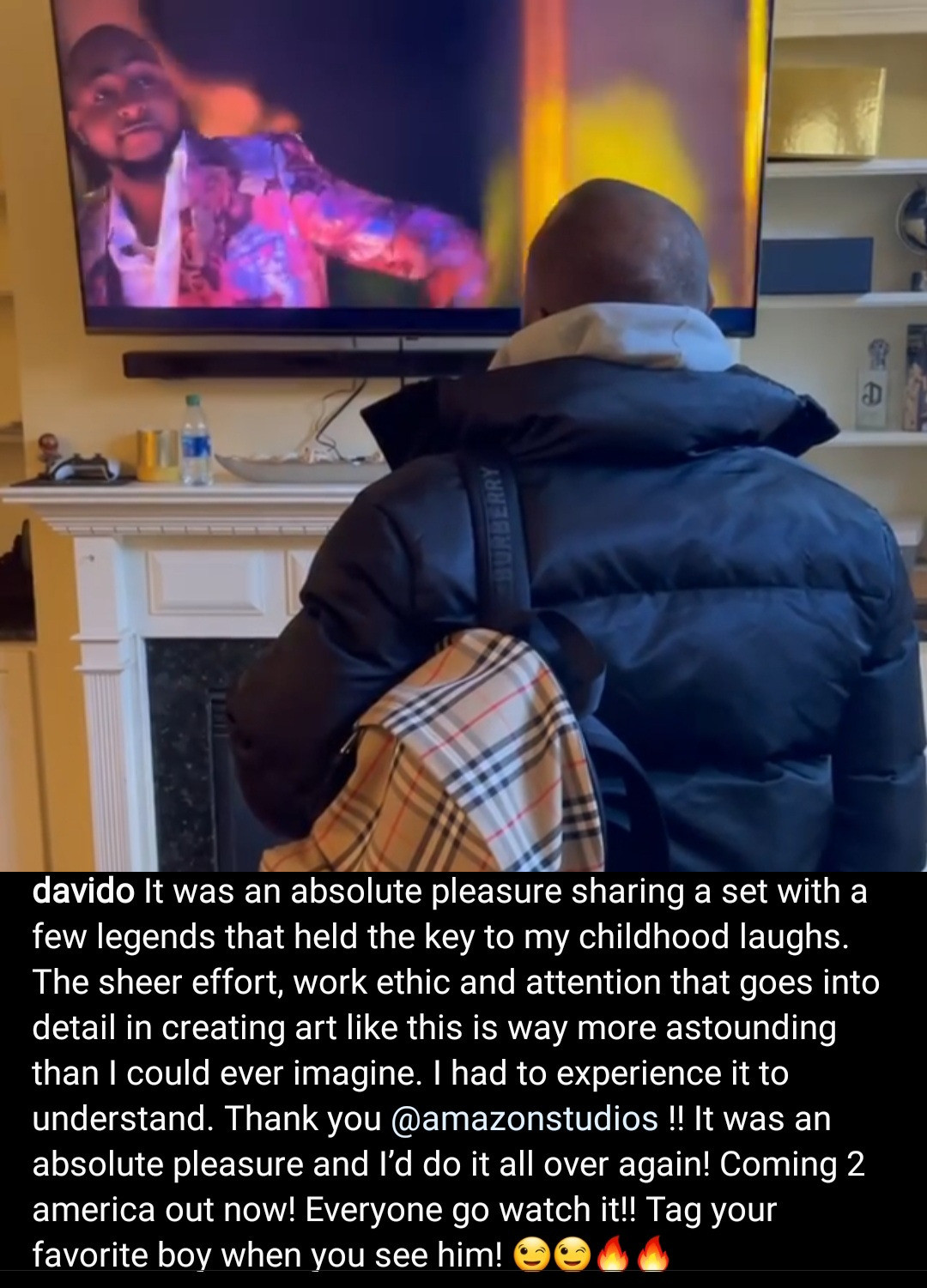