The actor, who usually plays the role of a king in films, passed away just hours after filming.

His coworkers, who shared the sad news of his death on Instagram, said he was on set yesterday, May 3, only to learn of his death this morning.

His coworkers have begun to pay tribute to him. 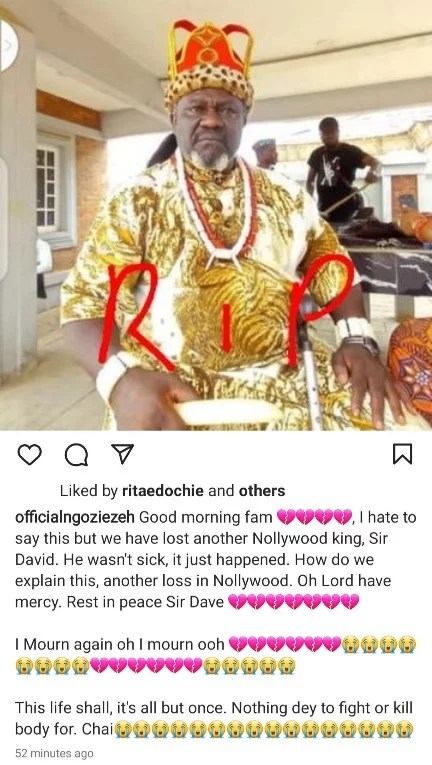 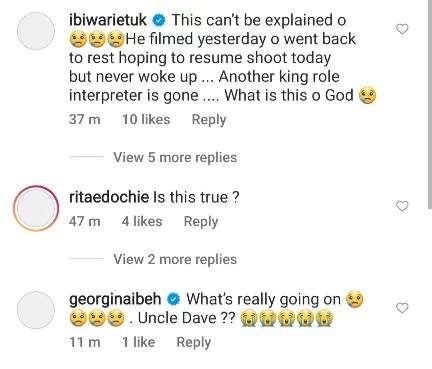 Meanwhile, the rate at which Nollywood actors and actresses die is becoming alarming and worroisme. No week will pass without the news of the death of an actor or actress.