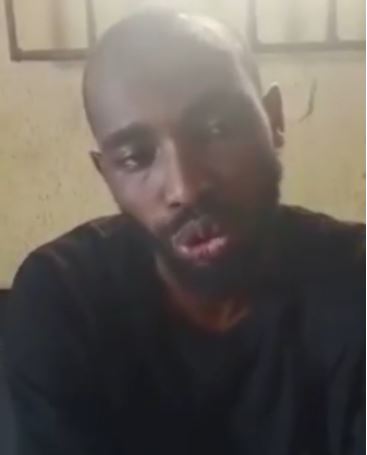 Nzubechukwu Victor, a 27-year-old self-confessed member of Supreme Vikings Confraternity, has made a startling revelation. Here is the video of cultist killing ugochukwu igwilo

The young man has given a chilling account of how he and other members of his group murdered and decapitated one Ugochukwu Igwilo, a member of a rival group, Neo – Black Movement (Black Axe Confraternity), on March 6.

In a video that has since gone viral, Nzubechukwu who is the last child in a family of five said he and other members of his cult group lured Igwilo to a place where he shot and beheaded the deceased.

READ ALSO : This Child Is Too Ugly To Be Mine, I Won’t Pay Hospital Bills Nigerian Man Cries Out

He said his other cult member cut the hand and private part of the deceased which they took to a herbalist who grounded it and also made one of them pound the body part. He said he filmed himself beheading the deceased and later released the video.

Nzube said they killed Igwilo because sometime in 2020, he led a squad that killed one of their members.

He said he regrets his actions and wished he can be forgiven.

He said he regrets his actions and wished he can be forgiven.