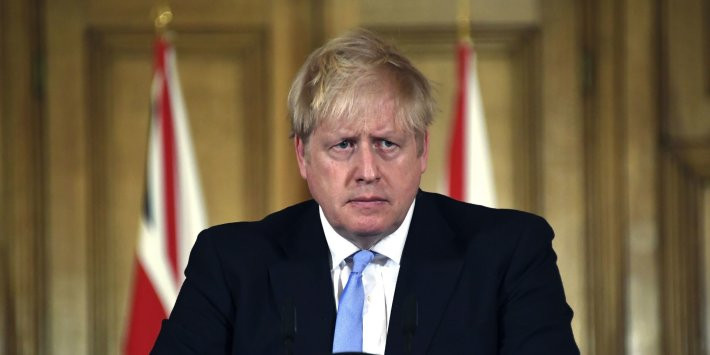 The United Kingdom will be extending the Coronavirus lockdown by three more weeks, Prime Minister, Boris Johnson, has announced.

The U.K. has the second-highest confirmed coronavirus death toll in the world and the highest in Europe. The country has reported more than 220,000 recorded cases and 31,000 deaths from the virus as of Sunday, May 10, according to John Hopkins Univeristy.

Making the announcement on Sunday, Boris said ‘now isn’t the time to lift the lockdown’ as he unveiled cautious plans to lift restrictions imposed seven weeks ago.

“This is not the time simply to end the lockdown this week,” he said in a televised address 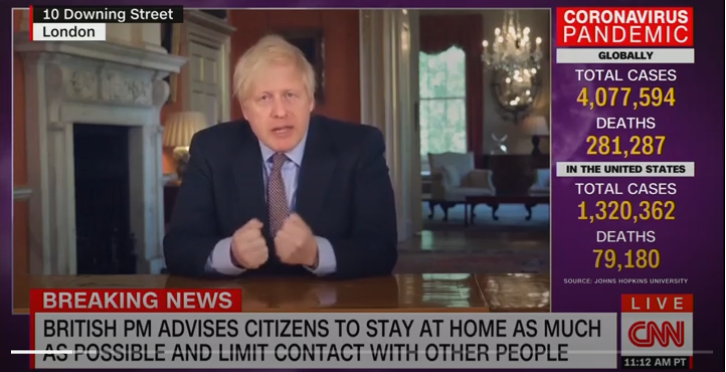 Johnson, who recently recovered from Coronavirus, said there would be some easing of restrictions from Wednesday, allowing “unlimited exercise”, sport and sunbathing, but only within households. He added that some primary school children could return and shops re-open from June 1. He labelled this first easing of lockdown as Step 1.

“In step two, at the earliest by June 1, after half-term, we believe we may be in a position to begin the phased reopening of shops and to get primary pupils back into school, in stages, beginning with reception (age four to five), year one (age five to six) and year six (10-11),” Johnson daid.

In step three, “at the earliest by July… we will hope to reopen at least some of the hospitality industry and other public places, provided they are safe and enforce social distancing”, he added.

Johnson said some public places could re-open from July 1 but warned immigrants and visitors travelling to Britain would face quarantine measures.

He noted that transitioning to each stage is “conditional” and depends on “all of us, the entire country, to follow the advice, to observe social distancing, and to keep that [rate of infection] down.”

The UK has passed it’s peak death rate but Johnson indicated restrictions could be reimposed, including locally, if there is a surge in cases. ”It would be madness to waste the sacrifices the public had made since the lockdown.”

“We have been through the initial peak but it is coming down the mountain that is often more dangerous,” he added.