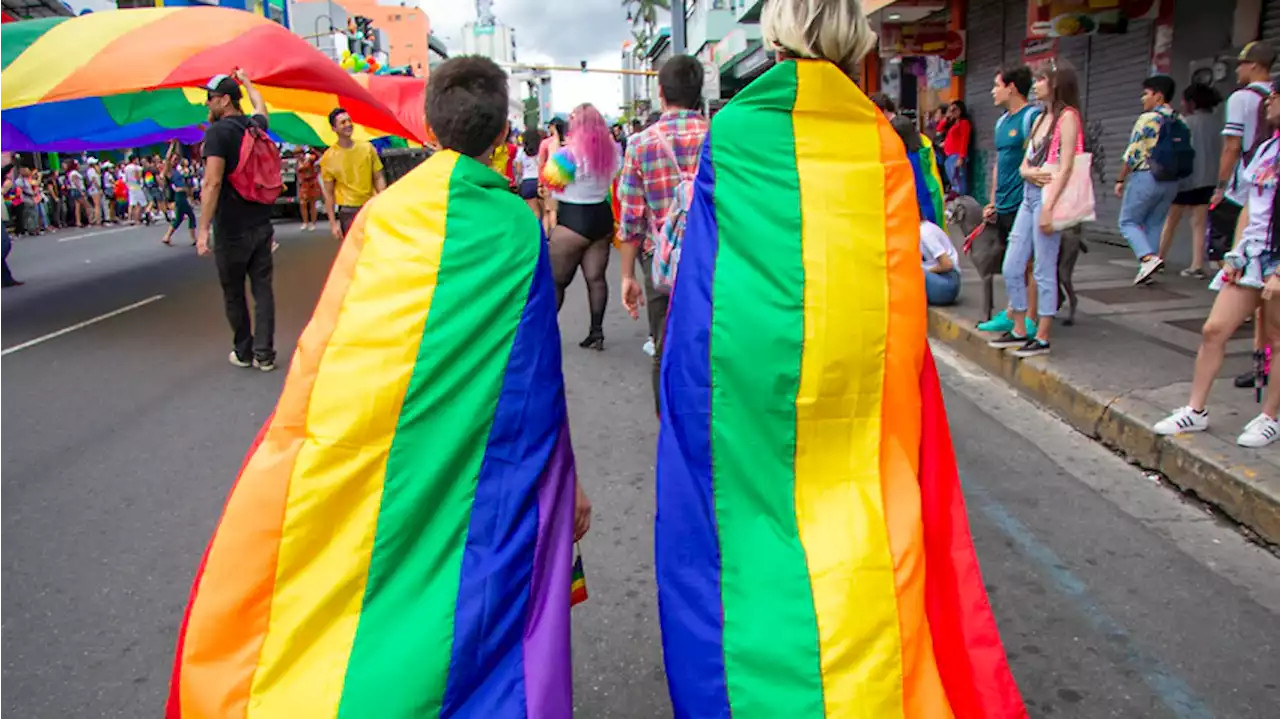 Costa Rica has become the first Central American country to legalize same-sex marriage, following a court ruling which came into force at midnight.

Though planned celebrations did not take place because of the Coronavirus pandemic, a special program about LGBT rights was aired on public television and online as the first weddings were held.

President Carlos Alvarado in the program;

“This change will bring about a significant social and cultural transformation, allowing thousands of people to marry.”

Costa Rica also became the sixth country in Latin America to legalize same-sex marriage with the court ruling, following most recently Ecuador, which allowed it last year. It is also permitted in some parts of Mexico.

The issue took center stage in Costa Rica’s 2018 presidential election after the Inter-American Court of Human Rights earlier that year issued an opinion that countries like Costa Rica, which had signed the American Convention on Human Rights, had to move immediately to legalize gay marriage. It helped propel President Carlos Alvarado to victory over an evangelical candidate, Fabricio Alvarado, who had campaigned against it.

In August 2018, Costa Rica’s supreme court said the country’s ban was unconstitutional and gave the congress 18 months to correct it or it would happen automatically. The Legislative Assembly did not act, so at midnight the law banning same-sex marriage was nullified.

“Costa Rica is celebrating today: marriage equality has become a reality in the country — the first one in Central America.

“We rejoice with you: congratulations to all those who worked so hard to make it happen!” 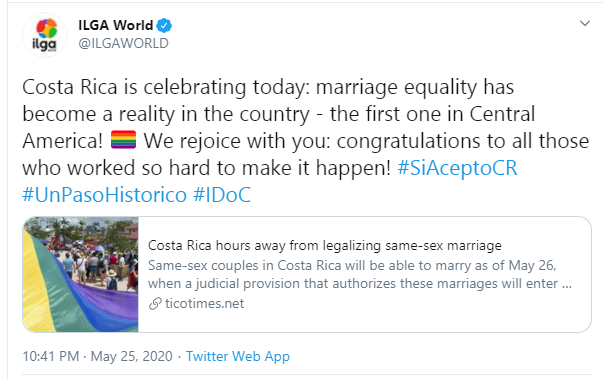 Victor Madrigal-Borloz, the UN’s Independent Expert on Sexual Orientation and Gender Identity, called the change “an extraordinary moment of celebration” in a tweet posted on Monday.