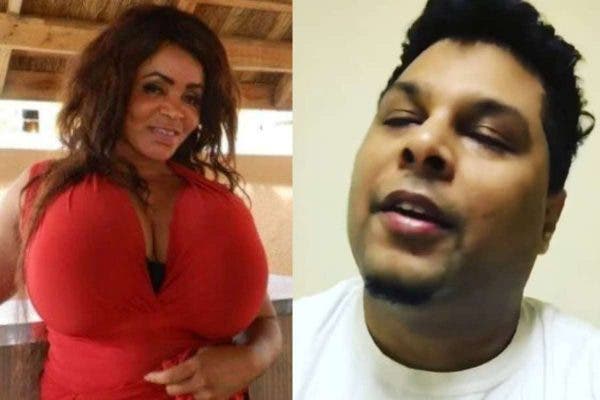 Nigerian actress, Cossy Ojiakor has moved on from her former German lover.

Recall that the actress some days ago ended her relationship with her German lover, Abel Jurgen.

Recall that over the weekend, Abel called off his engagement with Cossy, on grounds of domestic violence. He took to his Instagram page to publicly announce the end of their four months engagement.

Cossy Ojiakor has continued to deny assaulting him as she stated that she had been a mom to her younger lover who she claims has been very violent and toxic.

Yesterday while sharing a video of Abel frog jumping and apologising for ruining her properties, she had promised to show off her new man soon.

She has now done just that, as she took to her Instagram page to share a video of her new man writing;

“I just love it when he calls me Queen Cossy. No 1 contender… moving on fast.”

Every Rape Victim Enjoy The Act After Being Forced – Counselor Lutterodt