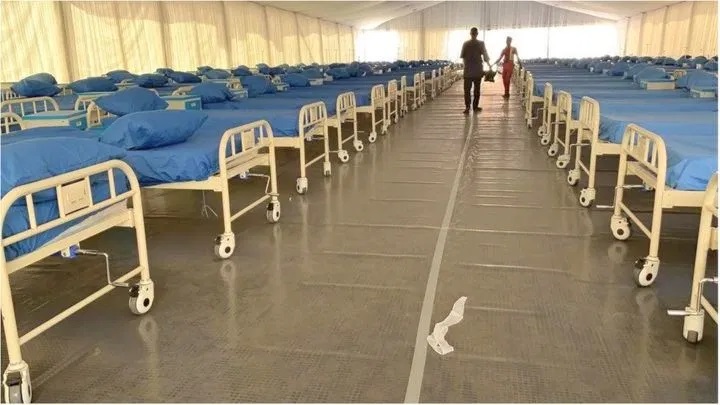 The COVID-19 index case in Kano State withheld critical information about his medical condition and travel history to doctors at the neuro-surgical specialist hospital where he was first treated, a staff of the clinic has said.

James King, one of the doctors at the hospital, said the patient was evaluated, examined, and admitted into a private room at the hospital on the night of April 10.

Prior to his admission, the patient, an ambassador whose identity has been withheld, told the doctors he had been having fever, mouth dryness, and loss of appetite “for some days.”

He was asked if he had cough, breathlessness, or palpitations, and if he had travelled recently, questions to which he replied in the negative.

It was later discovered that he had been economical with the truth.

“It was unknown to us that he was alleged to have travelled abroad too before returning to my resident state via Abuja travelling by road,” Mr James wrote in a Facebook post Thursday, adding that the deceased had had contact with two doctors (himself and his boss), three nurses, and one non-medical staff.

The doctor also spoke to PREMIUM TIMES on Thursday morning. He said his post was to warn other health workers to be careful.

“While travelling by road he stayed briefly in Kaduna before arriving to my resident state on the 25th March 2020. He denied all these travel history to us.

“He also denied about the pertinent Coronavirus symptoms, ..breathlessness and cough. He also hid the fact that he had been to several medical outlets since his return to the state.

“And importantly, he did not provide information that his samples were taken by NCDC for COVID-19 testing before coming to us.”

On March 24, the Kano State government directed its civil servants to stay away from work for 14 days and banned the movement of large-capacity buses into the state as a measure to curb the spread of coronavirus into the state. The state was yet to record a COVID-19 case at the time.

Mr King said they found out that during his illness, before he was admitted into their hospital, the deceased had been attending Friday Mosque prayers, naming ceremonies and other gatherings.

On Saturday, barely a day after the patient’s admission, Mr King said there was a “Nollywood-like dramatic entrance” into their hospital as the police and other security agents barricaded the road leading to the facility.

“The officials told us that we had a man in our facility that just tested positive for COVID-19,” the doctor said.

“Luckily, my boss, a renowned neurosurgeon, who was still in theatre while rounding up a delicate Spinal Cord Pedicle Screw Fixation + Laminectomy surgery had to be told. He derobed. And met the officials.

“There was an order from the Governor of the state to lock down the hospital immediately to prevent further spread.”

The Nigeria Centre for Disease Control reported the first case of COVID-19 in Kano on April 11, bringing Nigeria’s total case as of that date to 318.

On Wednesday, the NCDC announced 12 new cases of coronavirus in Kano, as the country’s tally rose to 407.

It also announced the first COVID-19 death in the north-western state.

Mr King also said himself and other staff who had been in contact with the index case were placed on isolation in the hospital and their samples were taken for testing.

On April 15, their results came back negative.

A call for investigation

On Wednesday, a Kano-based group, Kungiyar Matasan Kano, petitioned the police seeking an investigation into claims that the deceased deliberately wanted to spread the virus in Kano.

According to the petitioners, the deceased entered Kano on March 25, two days before the state government ordered a lockdown.

They alleged he had been to Kaduna, Abuja, Lagos, and then “escaped” out of Abuja knowing his samples had been taken for a COVID-19 test.

They also alleged that while in Kano, he had visited two mosques, two diagnostic centres, and a hospital before his case was detected.

Alhassan Dambatta, the chairman board of trustees of the group, said there are claims that the deceased intentionally refused to disclose his travel history to all the centres and hospitals he visited while he was sick.

“The essence of this petition letter is to demand for investigation into the circumstances surrounding this issue in order to establish or otherwise of any case of recklessness, sabotage, and intentional desecration of the law by the said index case,” the group said in a press release issued by Mr Dambatta.

“The people of Kano state are in need of knowing the actual truth about the incidence and demanded for a discreet investigation of the circumstances surrounding the issue.”

NYSC exposes Stella Oduah over her claim of losing her certificate